Since the last task, I had a look at re-ordering the code so that the circles are extruded first, and then performing a boolean on the cylinders. This has the benefit of more variety in the heights of the rooms, and more interesting 3D intersections. 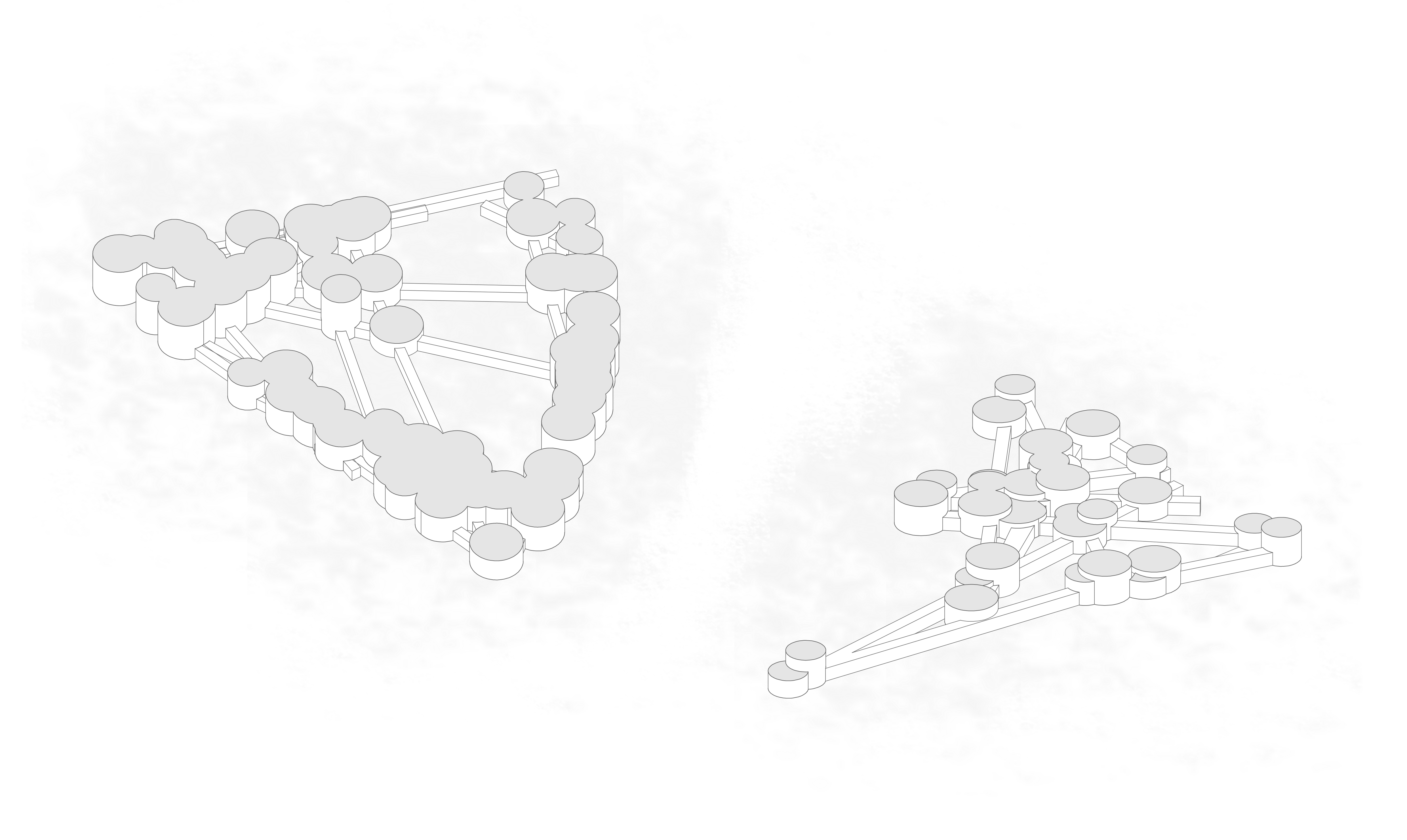 Looking back at the site, I chose a boundary that had multiple paths leading into it, with the idea that when wandering along the site one can wander in and out of the konsthall. The generated paths are a combination of internal corridors and external paths, providing a sheltered route as well as the option to move outdoors between the clusters, like paths through the park. 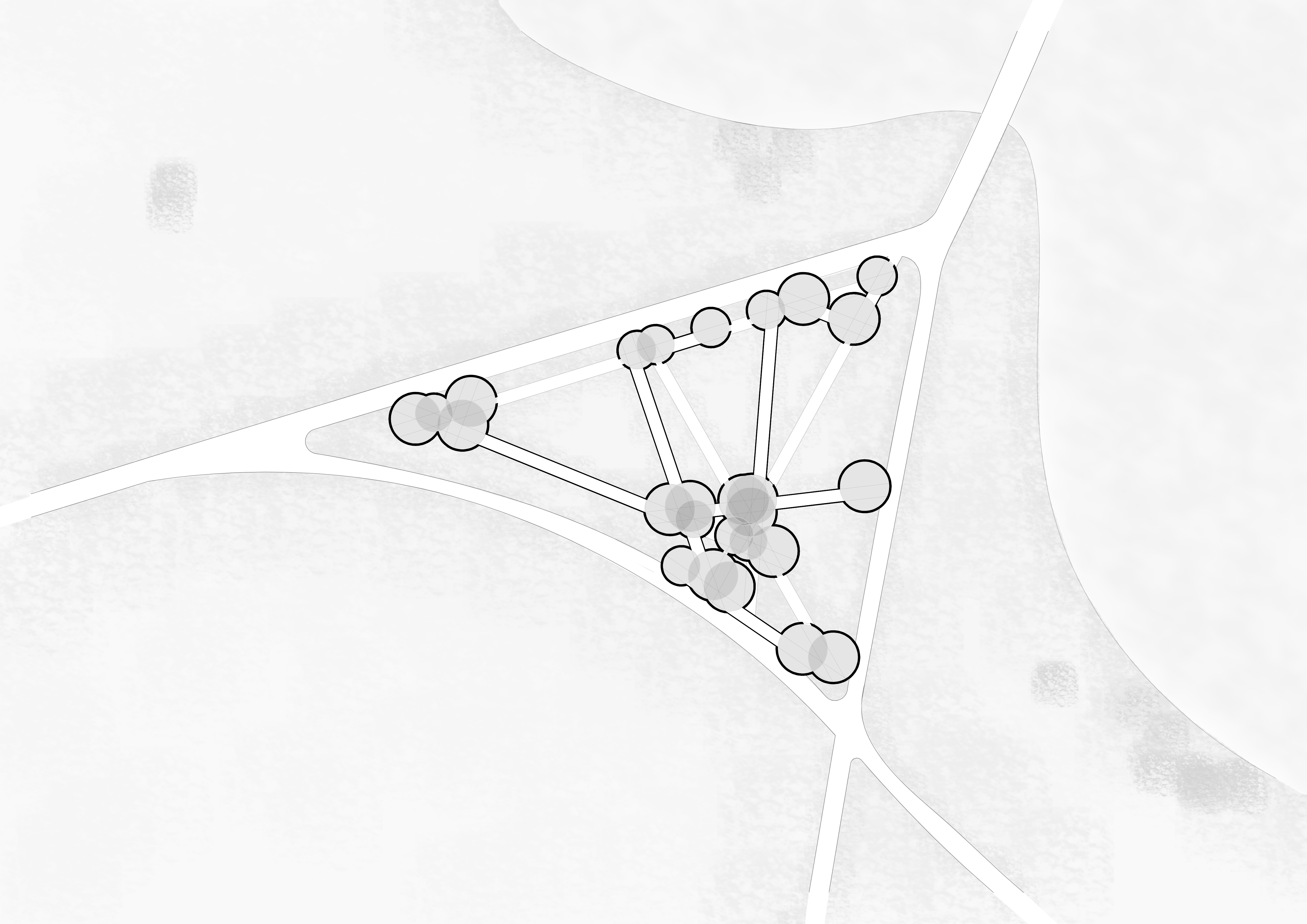 The circles, which are still clearly visible in plan, provide an opportunity to further express the direction of the paths that generate them. By adding a linear structure to the roof, following the direction of one of the paths, a simple but interesting ceiling is created. Where the circles overlap, it creates a more intricate lattice.

The alignment of the roof structure makes the paths even more legible, and the roof provides an opportunity to bring natural light into the spaces. 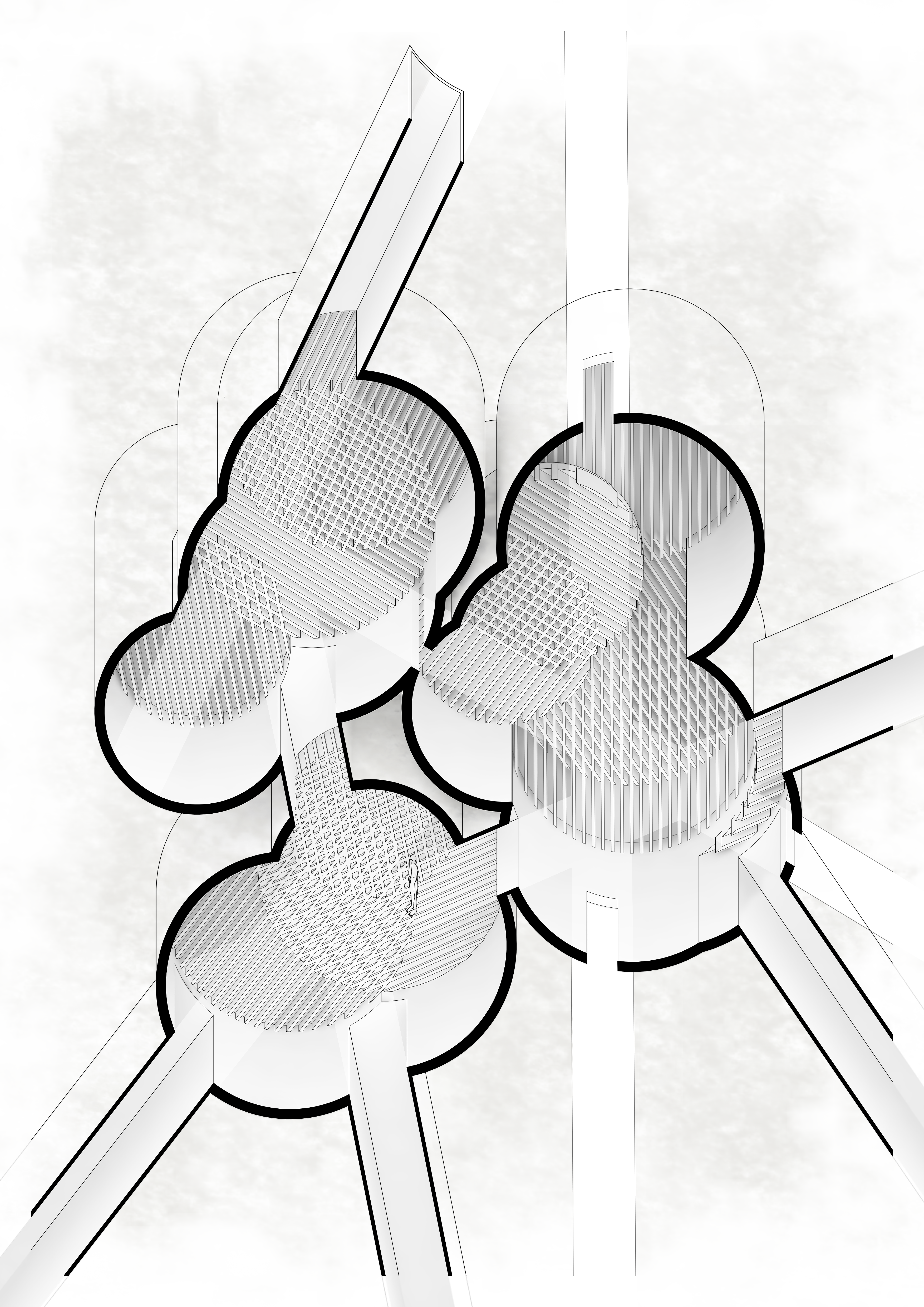