Since the last task, I continued to develop how my code was creating tangents, perpendicular lines and rectangles along any drawn input curve. I became particularly interested in moving the tangents along the created perpendicular and then extending to intersect with the next generated perpendicular line. In some cases the lines could not intersect and I was using this generation to determine what spaces are enclosed or open.

After exploring different arrangements of spaces, walls and circulation, I started to look at how the plan could be translated to create dynamic spaces through the manipulation of the code, such as randomly generating walls or beams at the perpendicular lines. I also created an undulating and pulsating roof form that increases and reduces in height and length by a tolerance from its neighbour.

Developing this further I began to use the code to generate different systems within the generated form, which I would run one after the other. Firstly the layout of enclosed and open spaces would be produced along with the main walls. Then the input curve would shatter to allow me to generate partition walls between these spaces. Finally I would then use the code to produce the beams and then the roof structure. 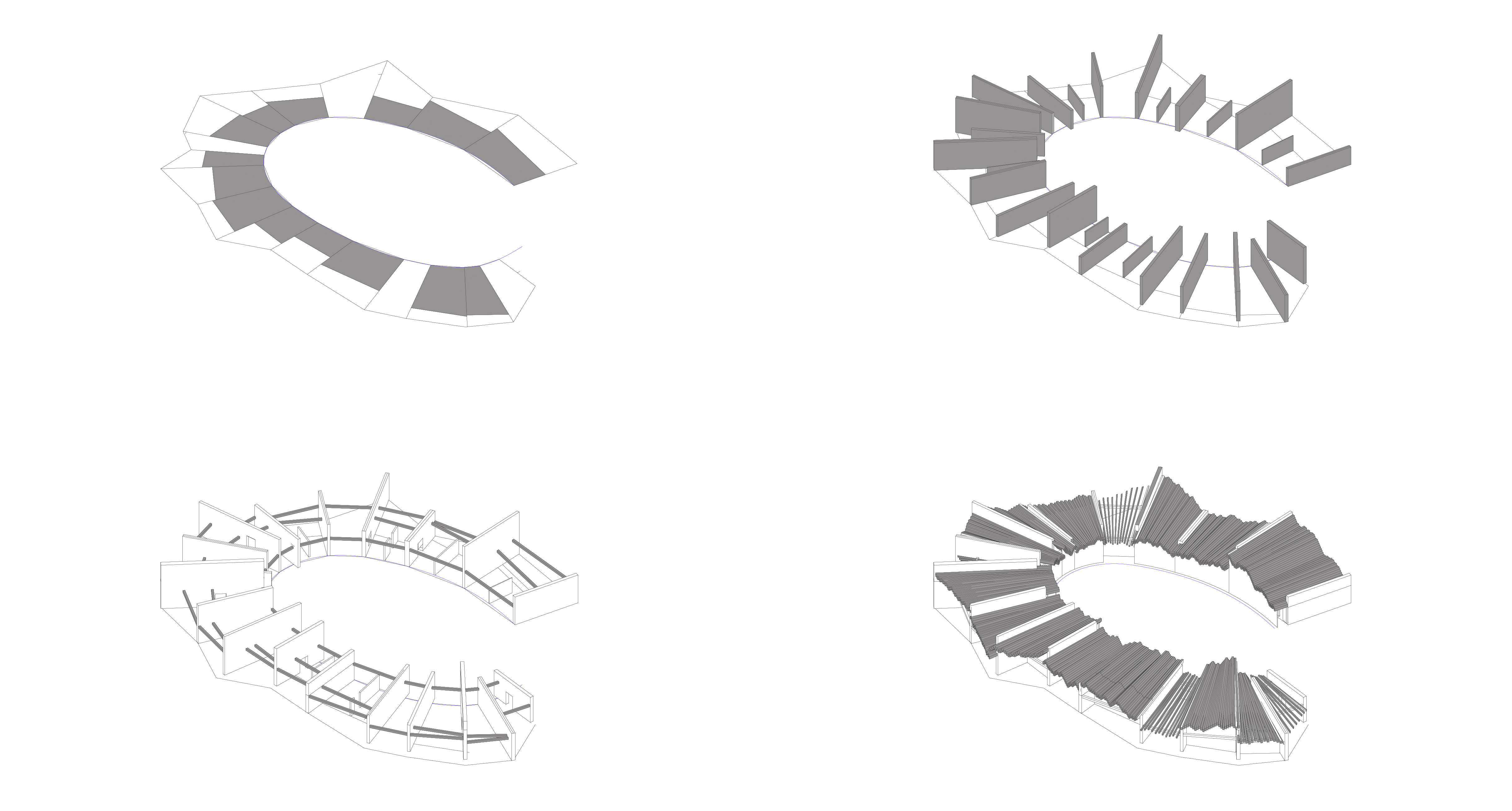 The geometry of the input curve I used to generate an example proposal was to place my building within the centre of the site and to arrange the spaces around this curve to maximize the views of the site looking outwards. In return this would create an enclosure within the large exposed site. The generated spaces which did not enclose would be use as a route through the building but also the park to maximise engagement to passerby’s. 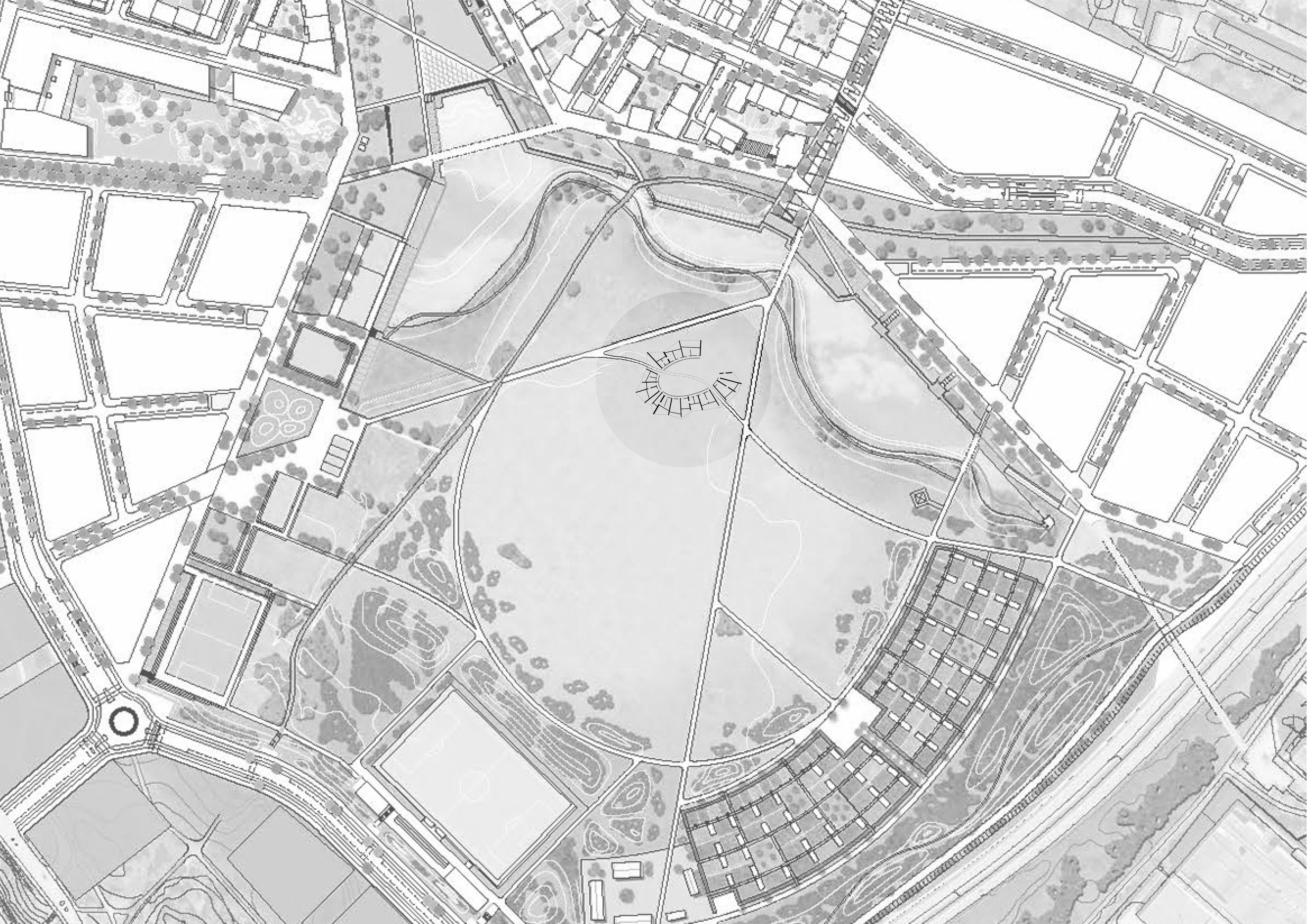 Below is an example of the one of the many unique generations I could create with the code and with different input curves. I used this drawing to take a snapshot and evaluate how the different systems work together and now I intend to explore the roof form and lighting further to see how it can create different spaces which could display work if different situations. 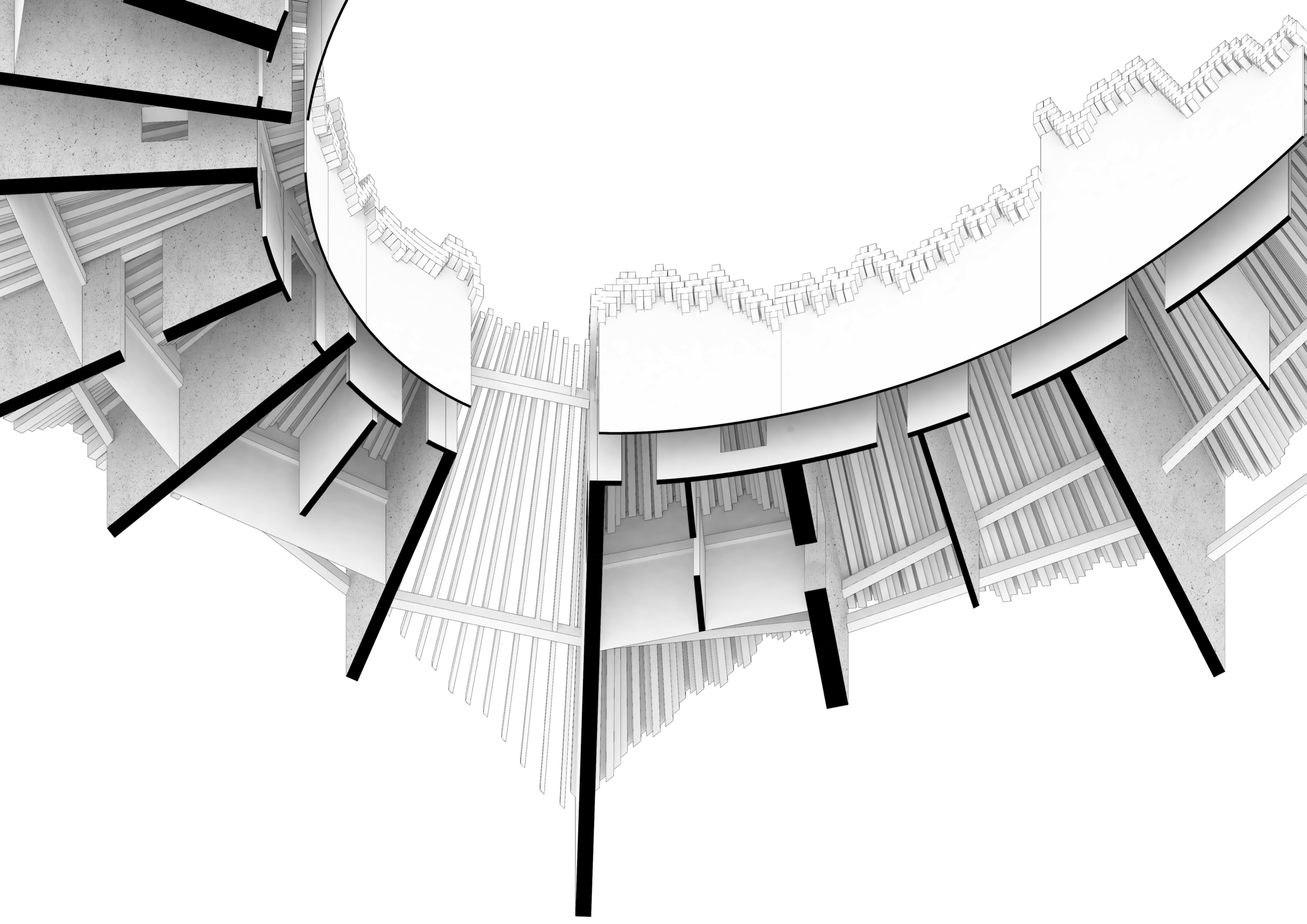