The theme of the camp has been interpreted as a place for temporary inhabitation, existing under a governed or imposed order. In doing so I have considered typologies such as hospitals, festivals, prisons, refugee camps, schools and military settlements. Through various spatial approaches all demonstrate a non-hierarchical approach to settlement making, with repetition of living quarters existing around common shared spaces and infrastructural frameworks.

The exception to the way this is organised in plan is the ancient city of Çatalhöyük, which has no streets or footpaths. A typology like this could be interesting to explore in section, if the role of circulation/ structure/ drainage exist at different levels to that of the living spaces. Could the camp be underground? Or elevated in the trees? 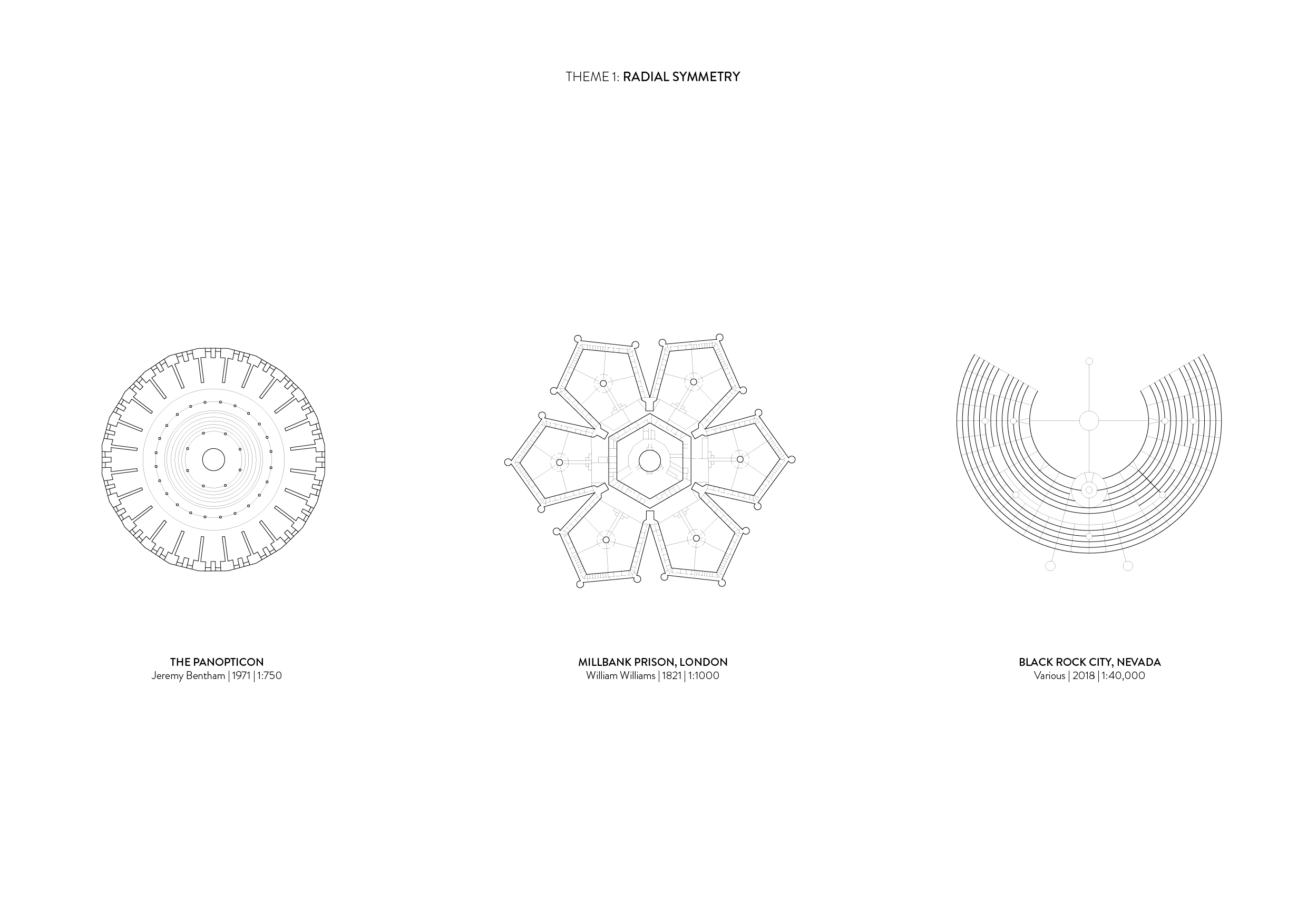 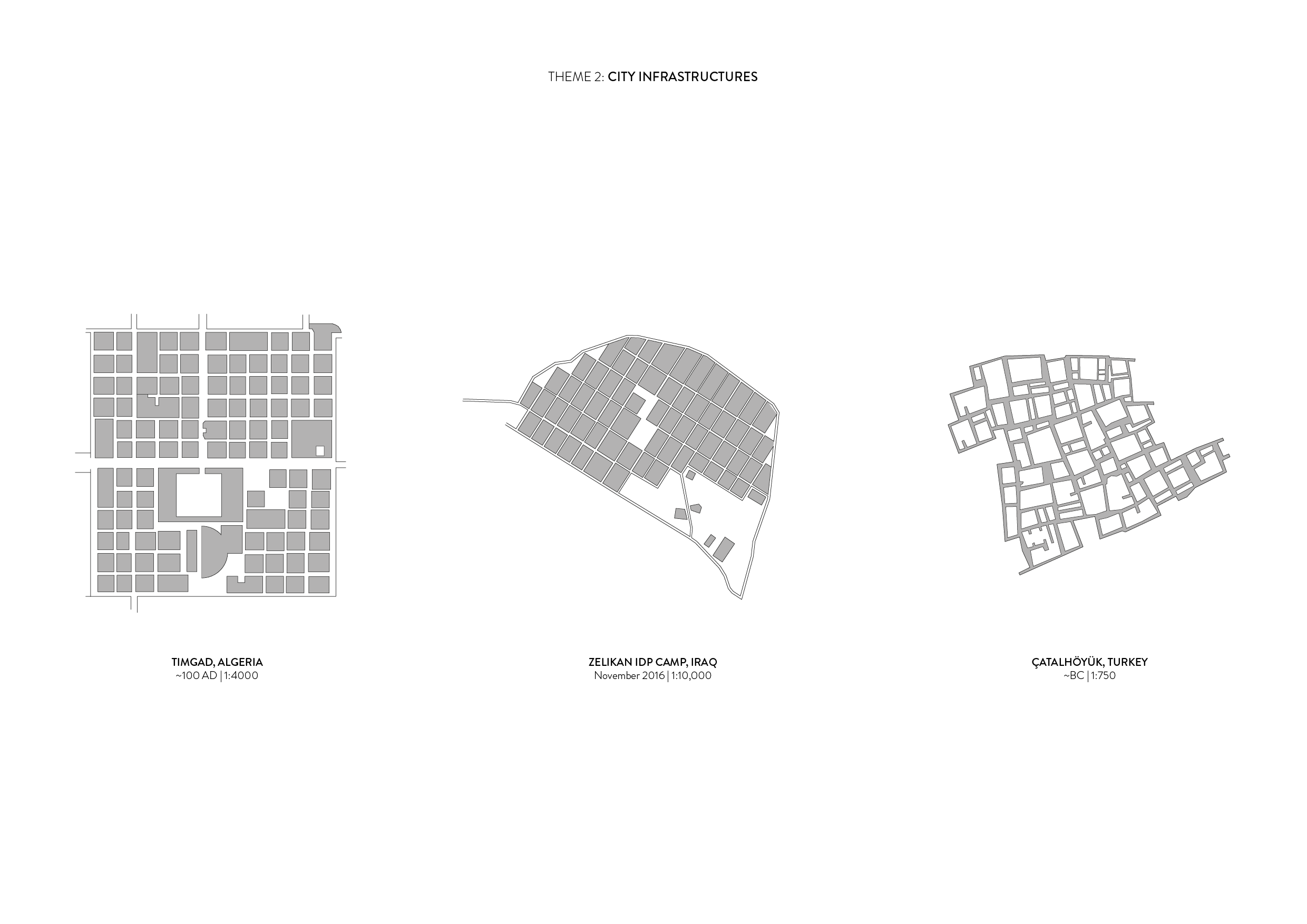 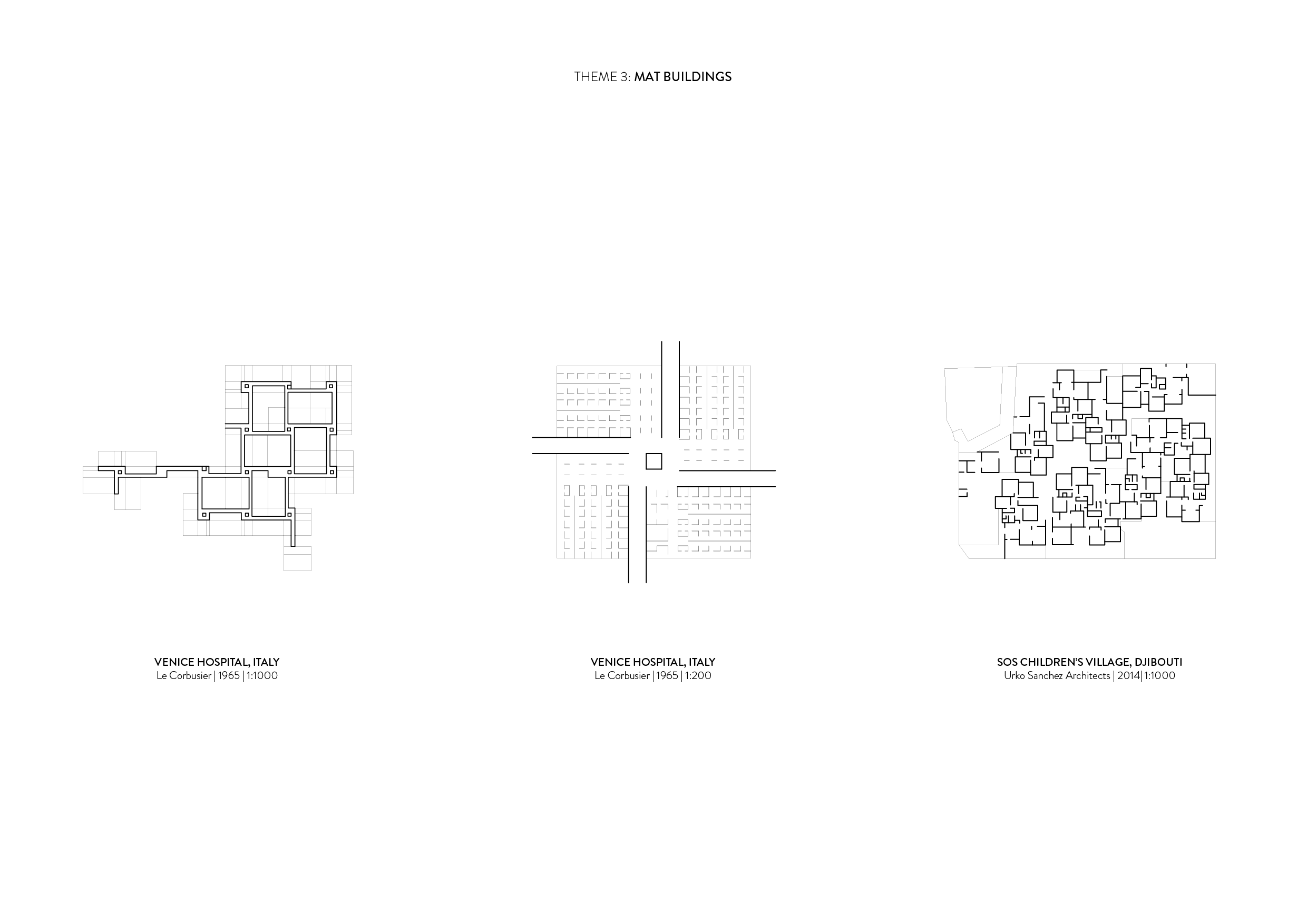