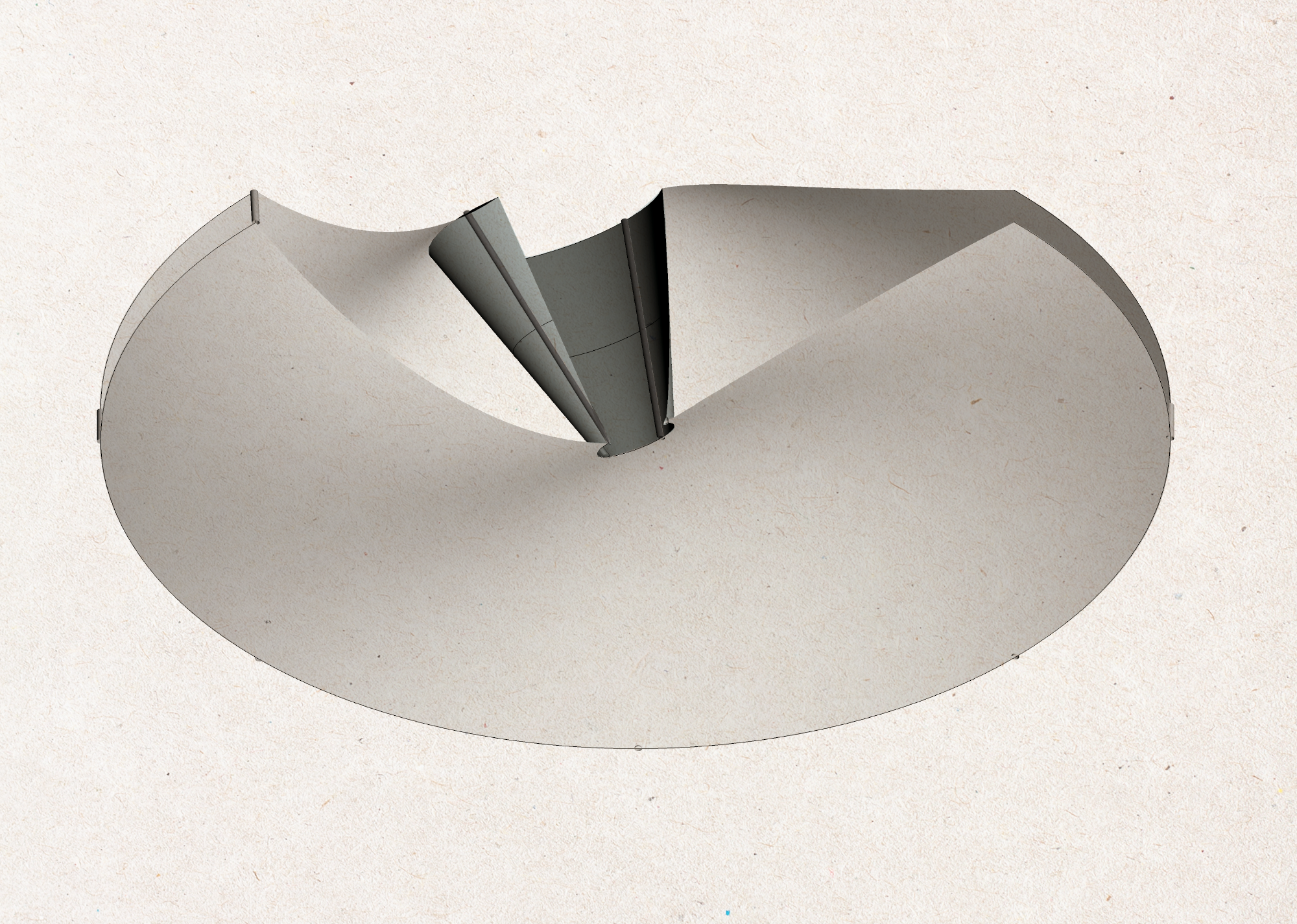 The final design in this project comes from a combination of results from the original Python code. The standard grid of points was moved and rotated around the mid-point of the grid along the x and y axis. This created two different sets of spatial organisations between the dots. Meshing between these points revealed two interesting shapes. 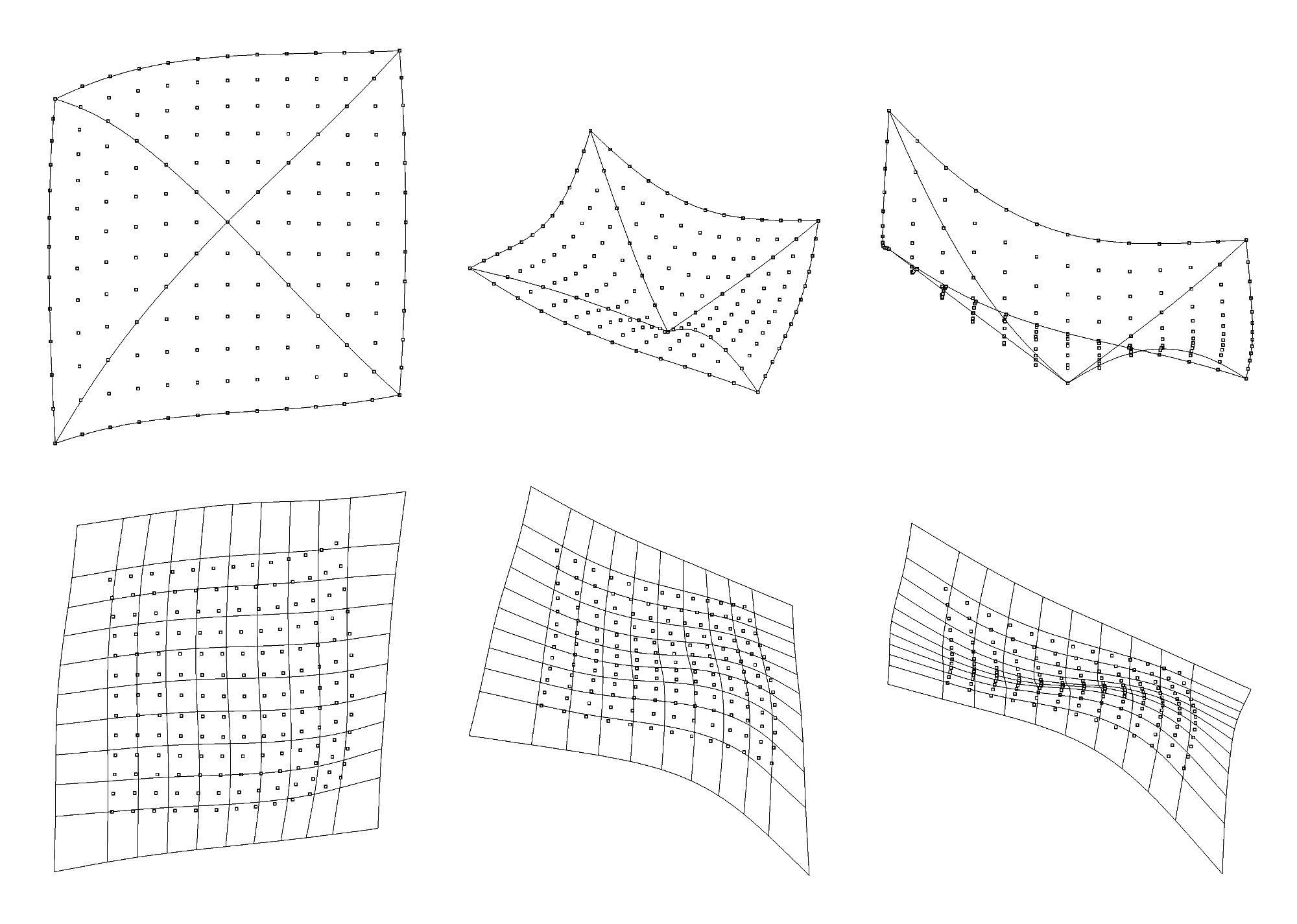 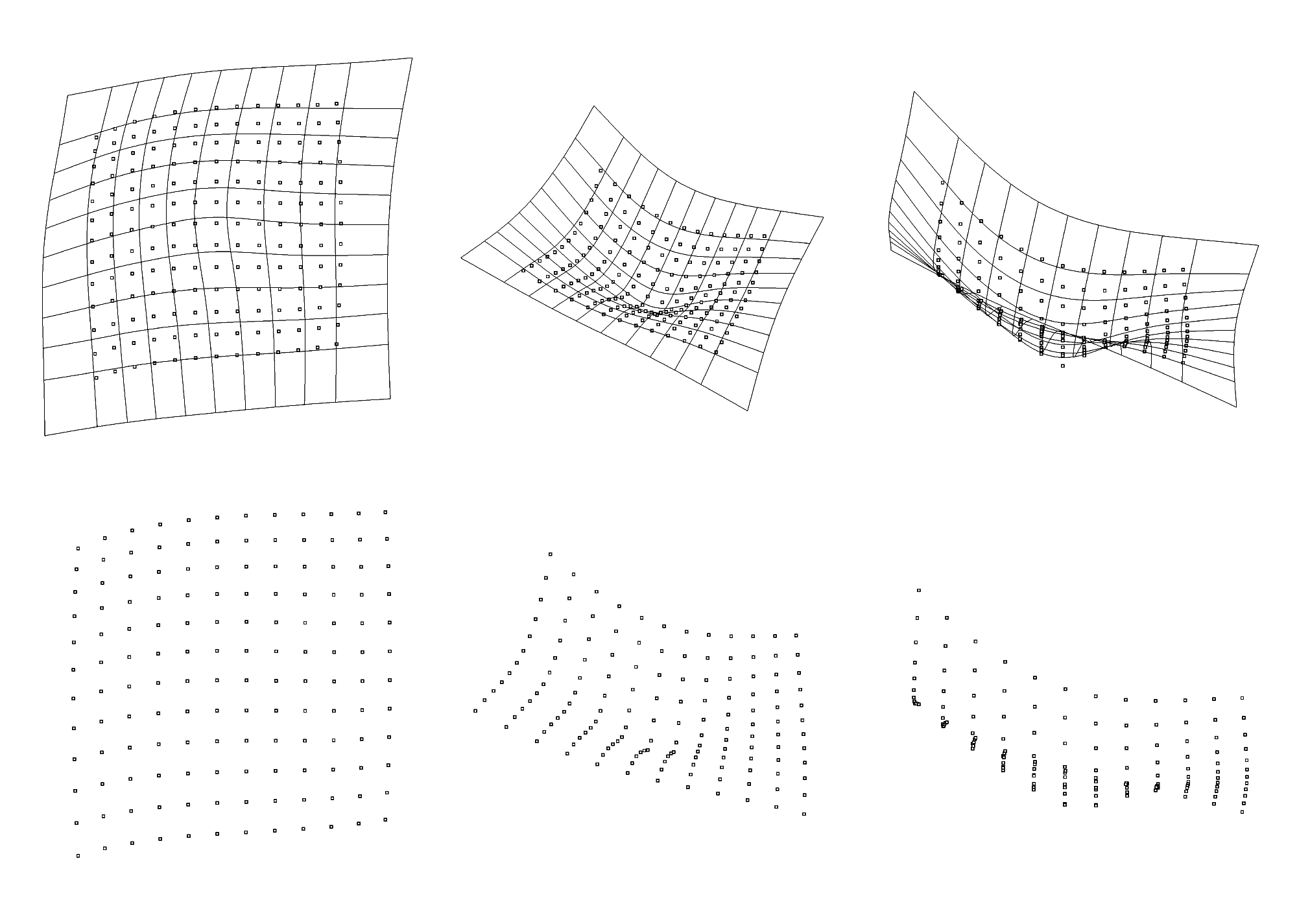 The more captivating outcome, however, was when circles were used to join the points that would have been equidistant in the original, two-dimensional grid. 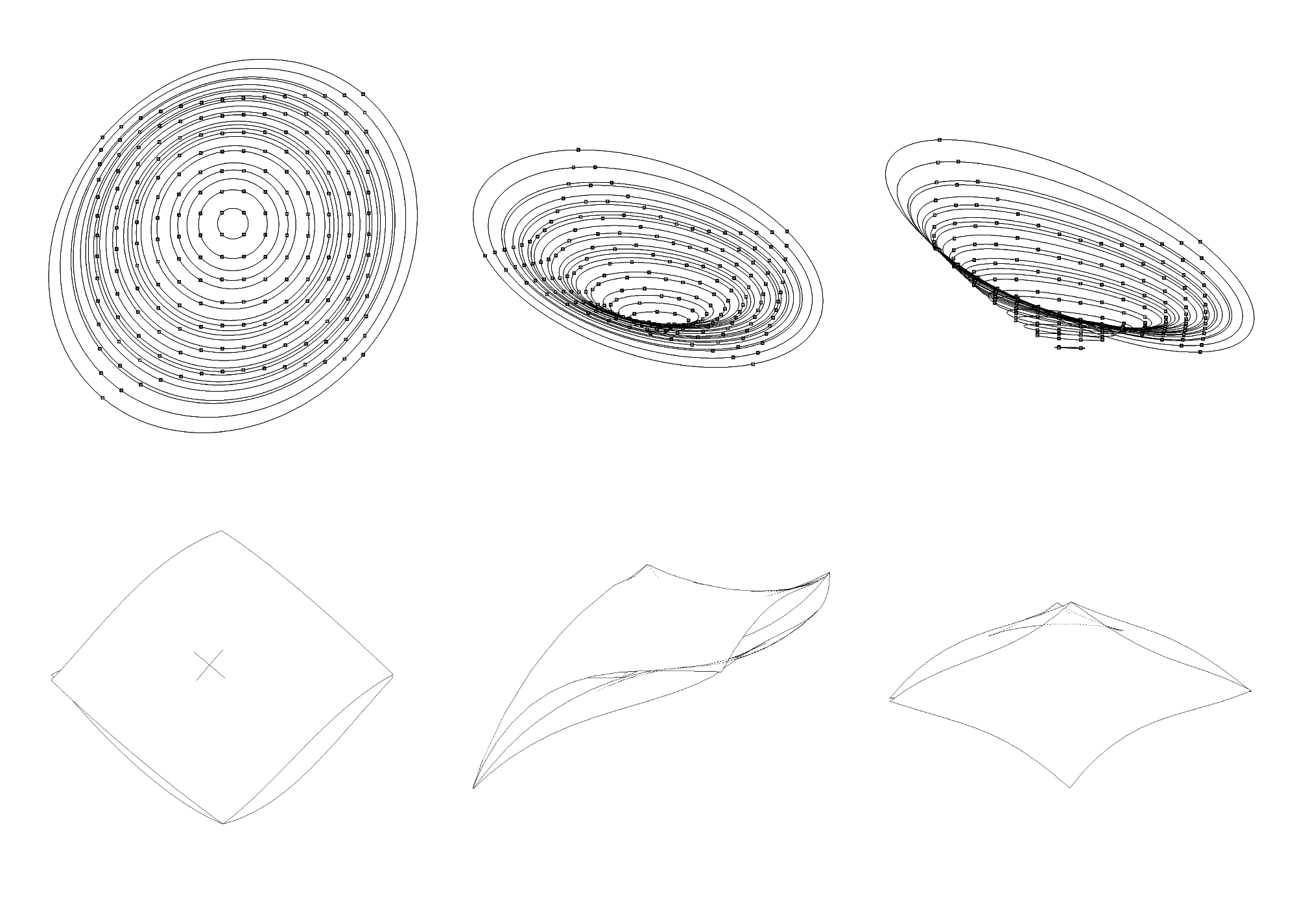 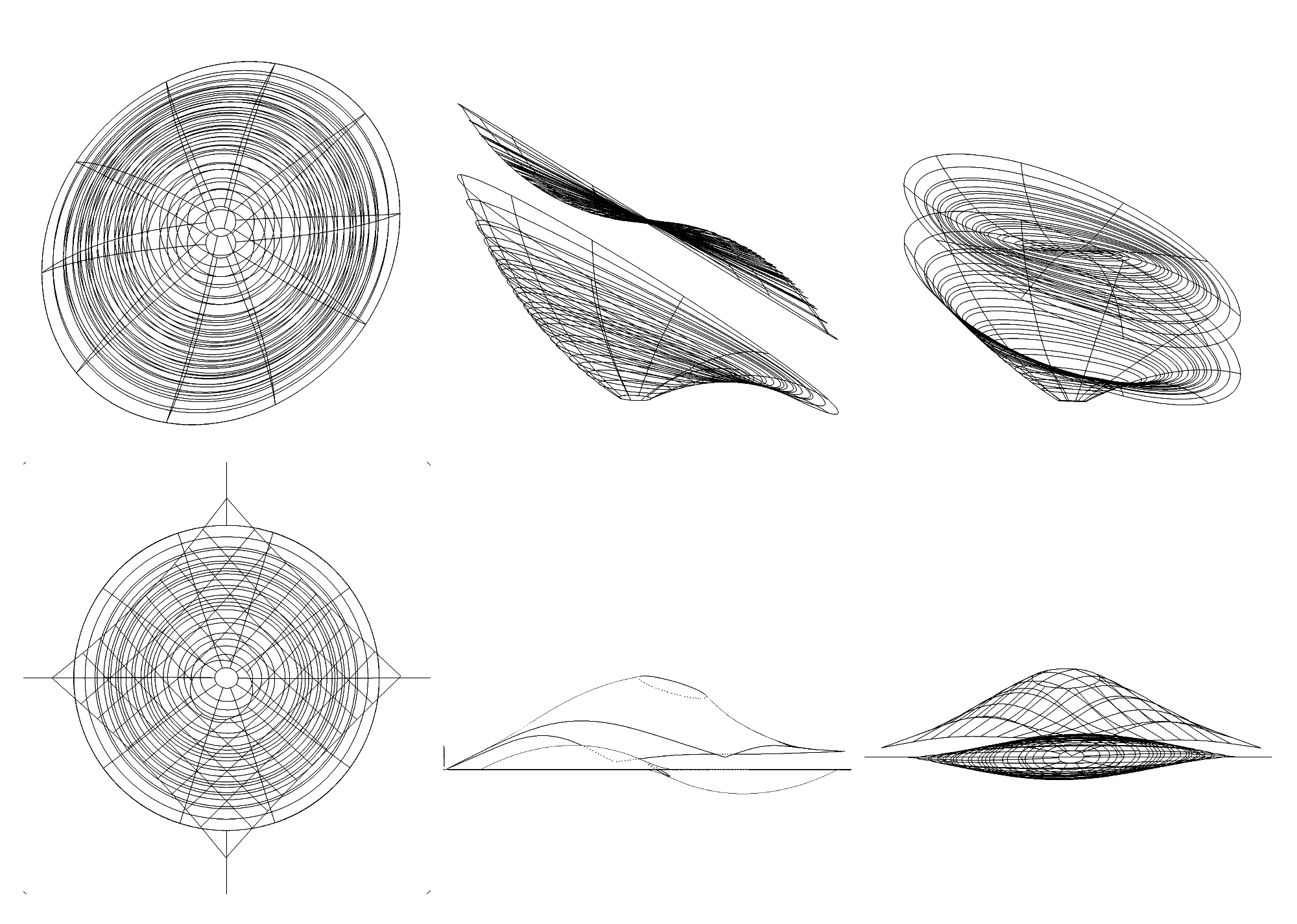 The interesting spatial configuration was not only  the shapes themselves, but the residual space between them. The undulating surface works as a natural floor plan with gradual curvature, while the shape with more accentuated curves serves as a roof structure. 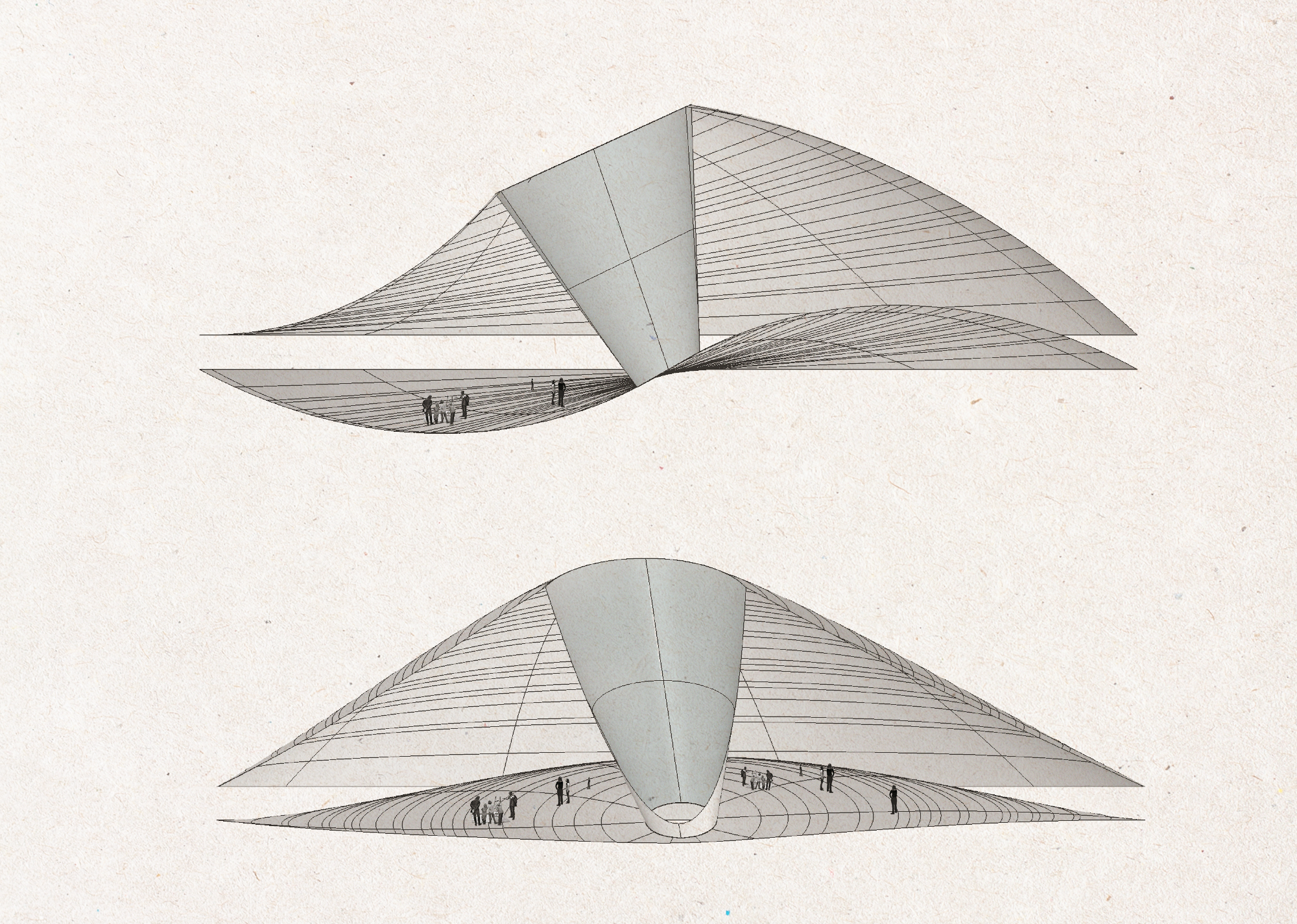 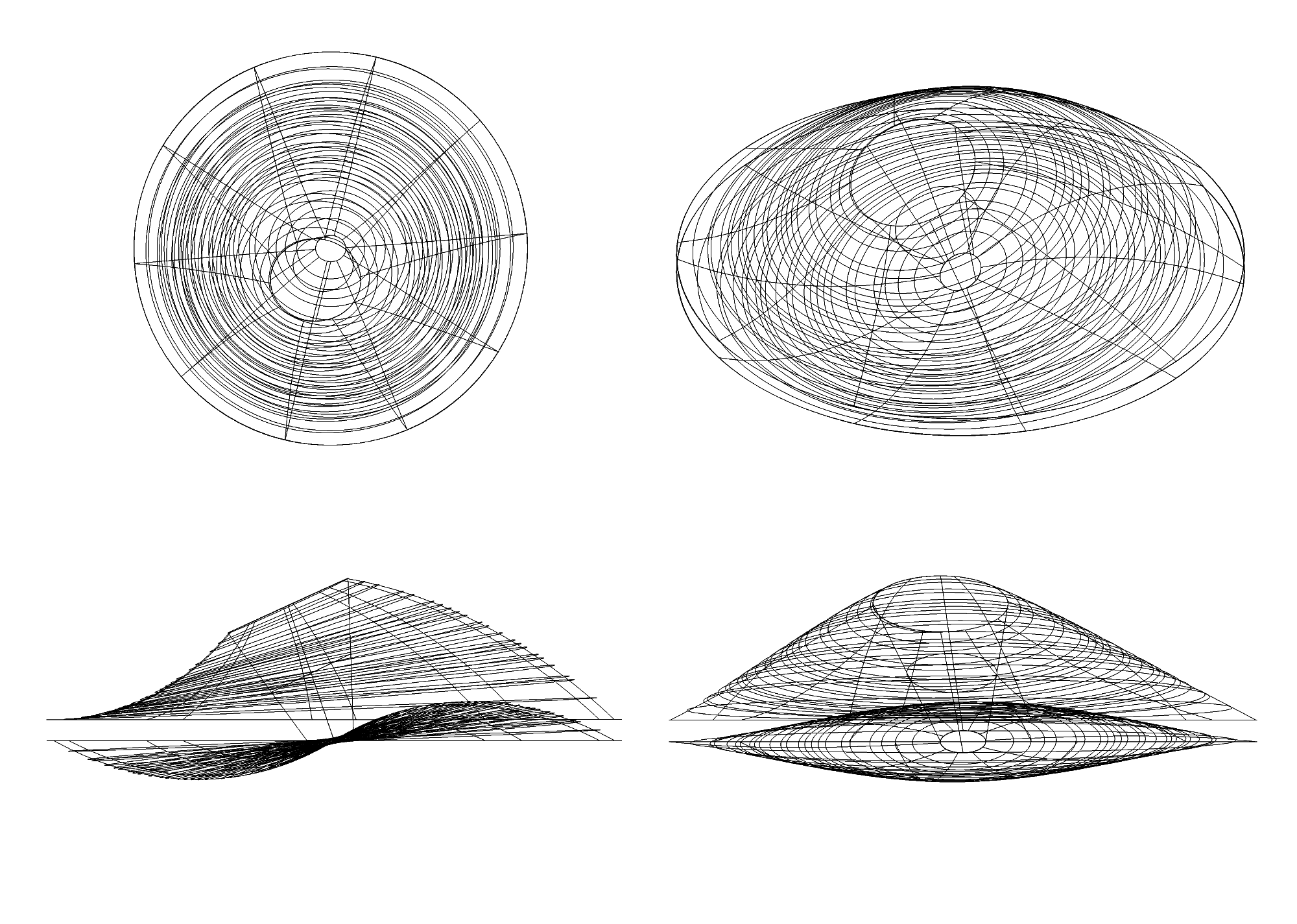