Continuing with my experimentation of grids, I have been developing a more complex system which can be used to generate spatial arrangements that respond to specific site conditions and parameters. 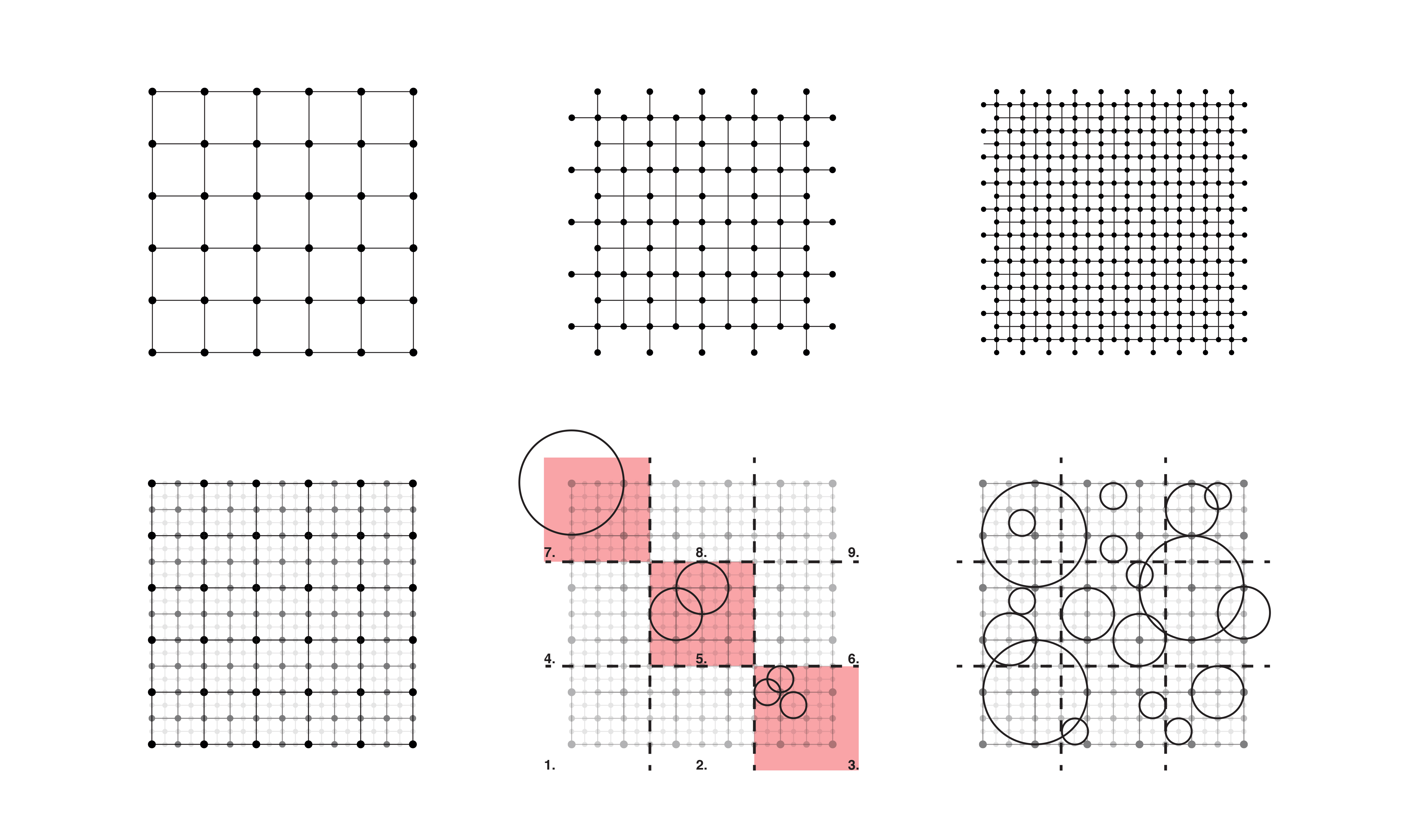 I have split the building into a primary, secondary, and tertiary layer, each produced through an individual grid which generates different sized shapes.  The 3 overlapping grids are each sub-divided into 9 regions, which can be programmed to determine the probability of a shape being generated in a specific region.

This system means that I can use certain site conditions such as views, orientation & access to instruct the building form. 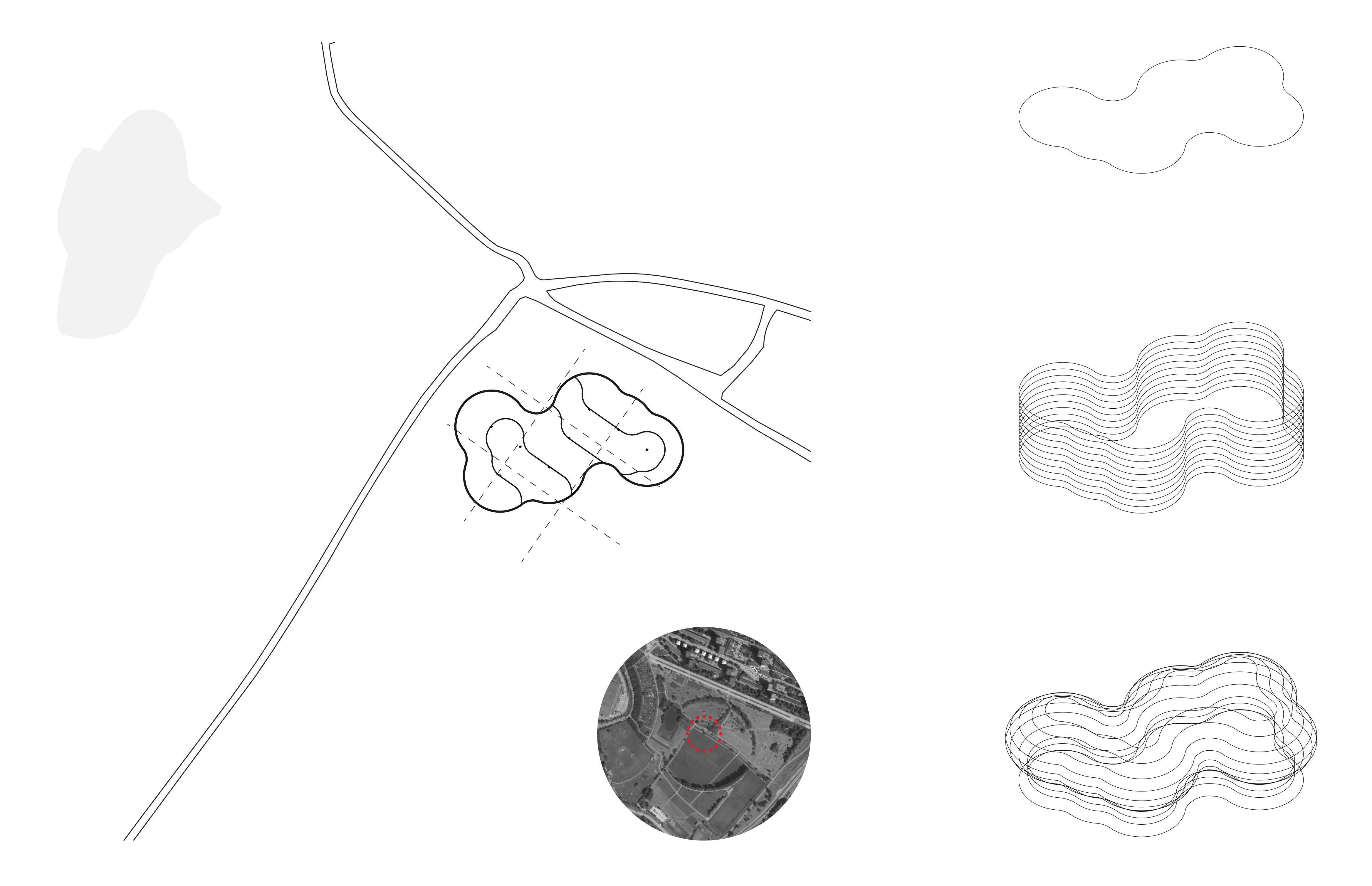 To convert this into a 3D form, I continued to use the layers generated through the 2D grid. For the primary layer I combined the large shapes to produce an exterior boundary. Extruding this vertically, I offset the boundary at regular intervals and lofted these together to produce a more irregular form. Repeating this with the second layer, I was able to produce interior walls within this boundary, with the final layer used to generate initial circulation openings.

Experimenting with this process on site, I have generated two varying buildings on site which have both been designed using the same parameters. 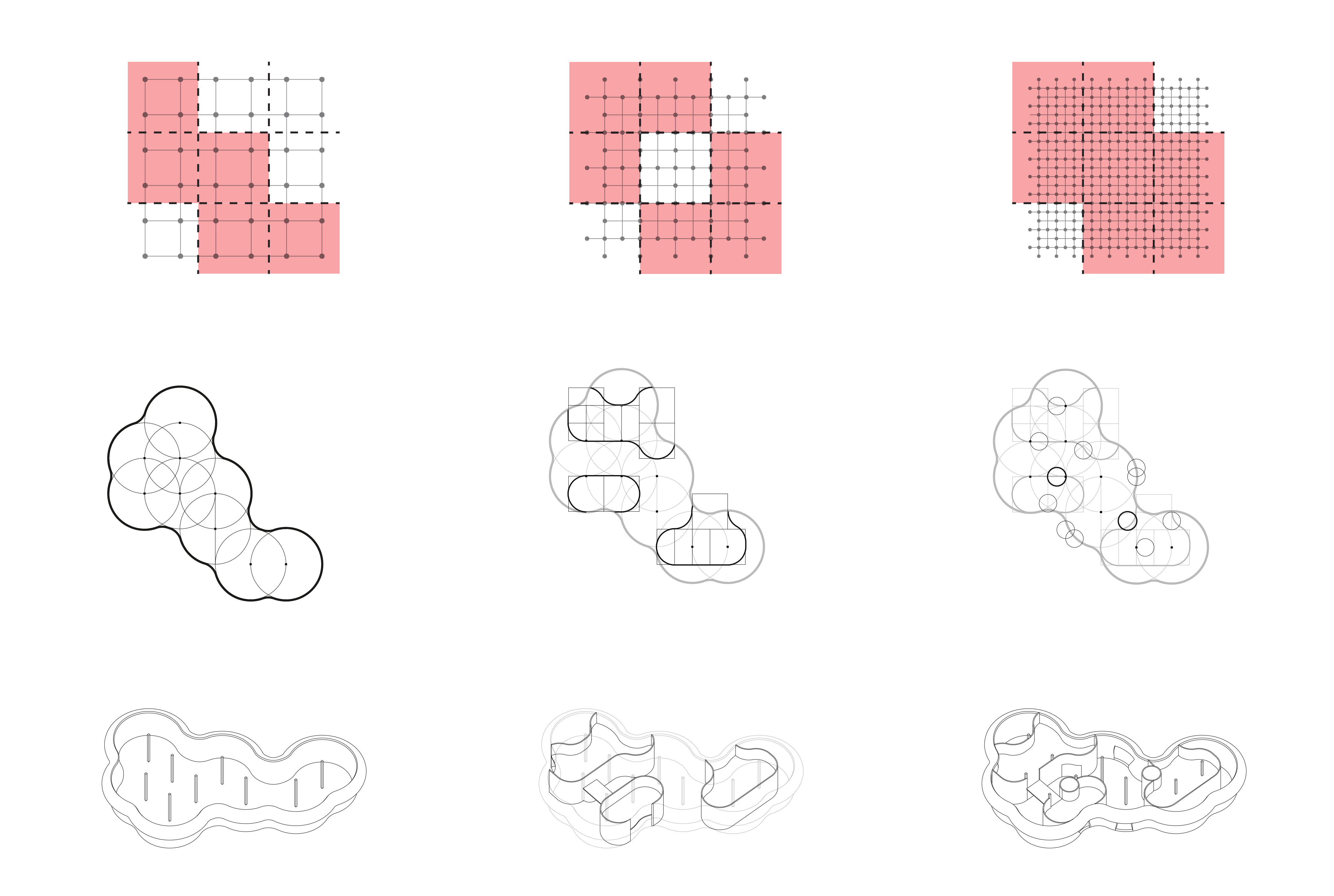 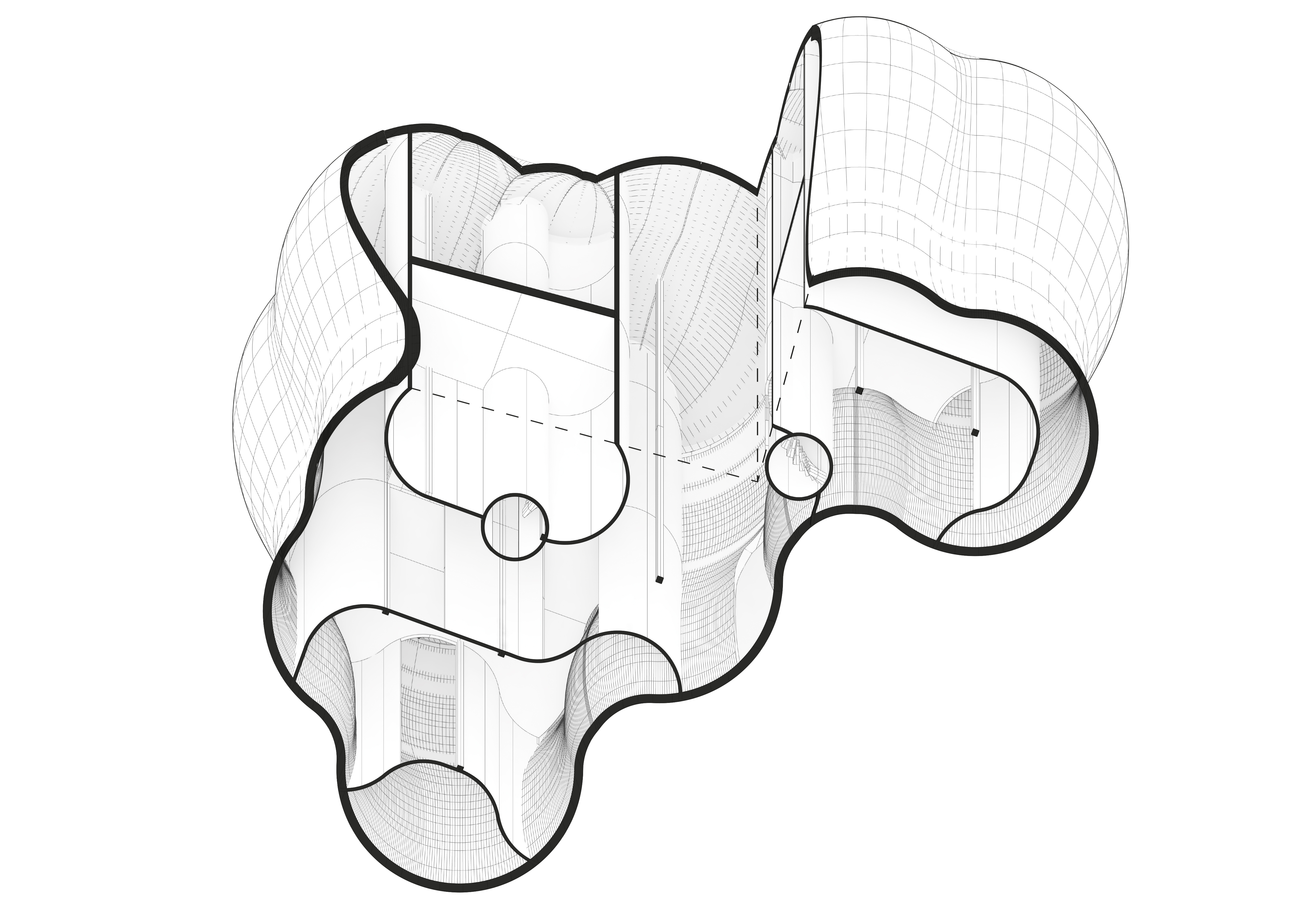 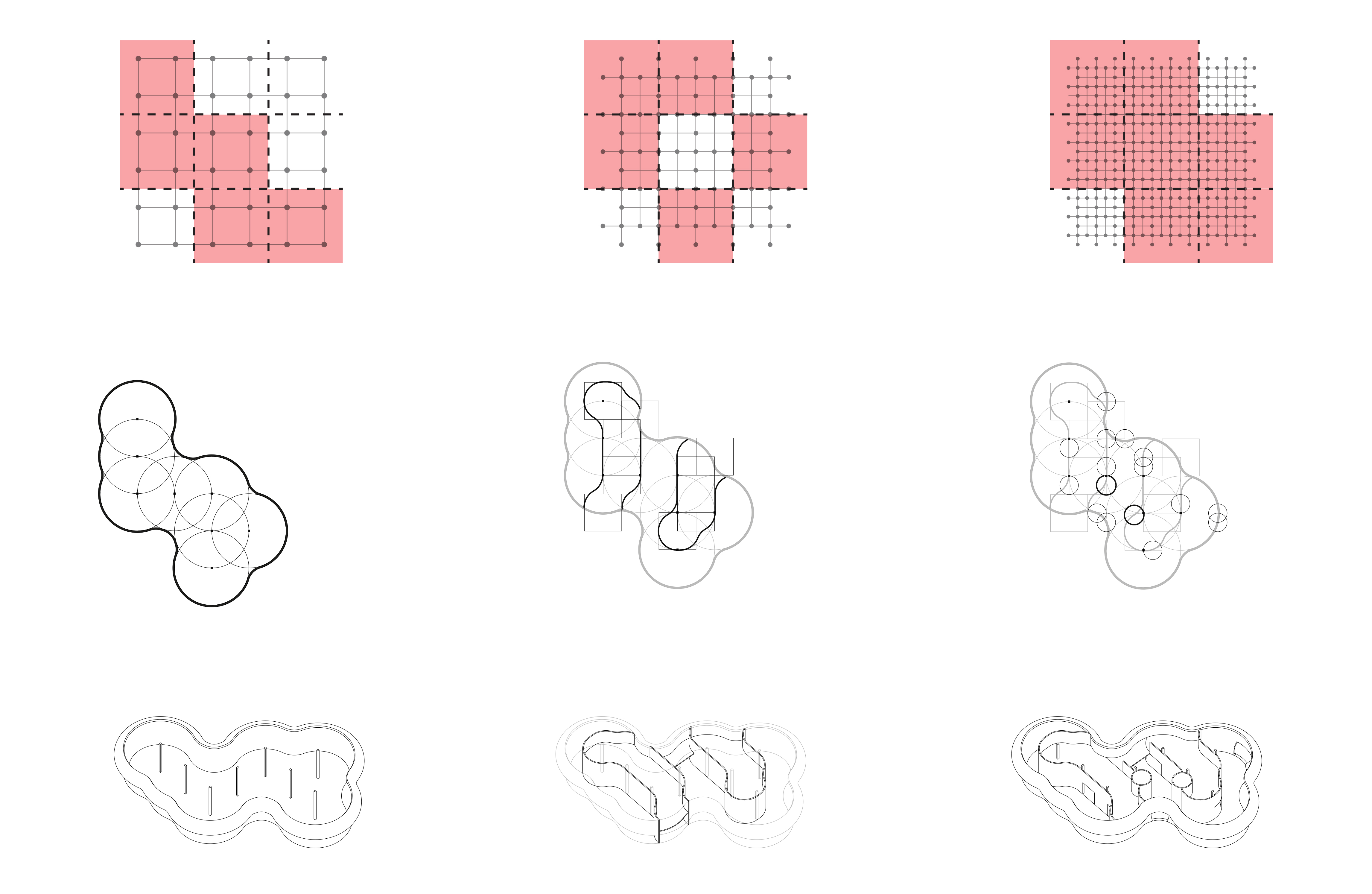 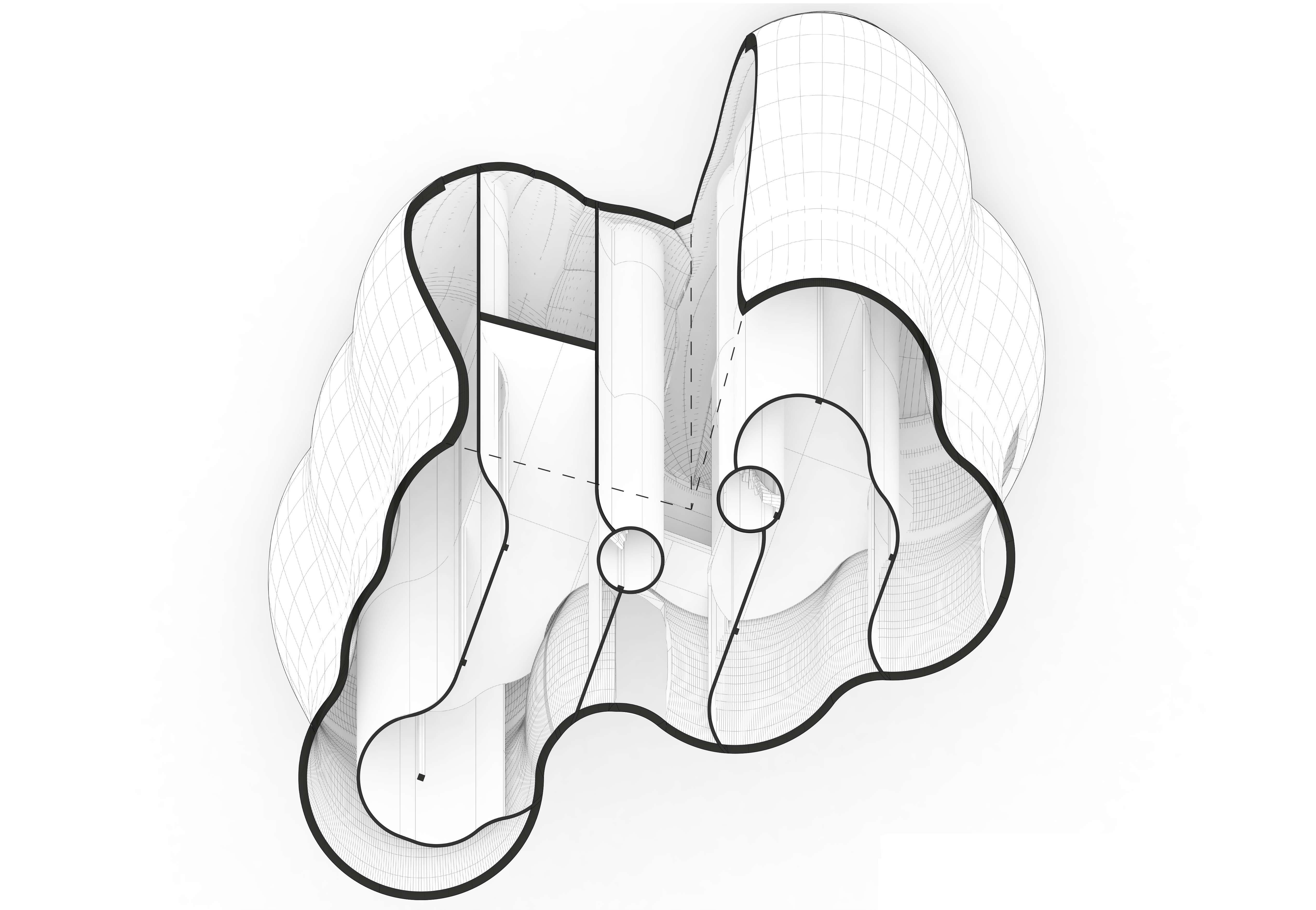