After producing the axonometric development drawing , I used this as a snapshot to analyse how the code was generating spaces and controlling circulation. But most importantly to reflect on how the walls, beams and roof were working together through manipulation of the code. I started to alter the logic of the code to create a controlled circulation route through the spaces. By randomly deciding whether to shift a wall and creating an opening, or leave the wall untouched.

I then also explored how different input curves could create different spaces and variations by using the same script. 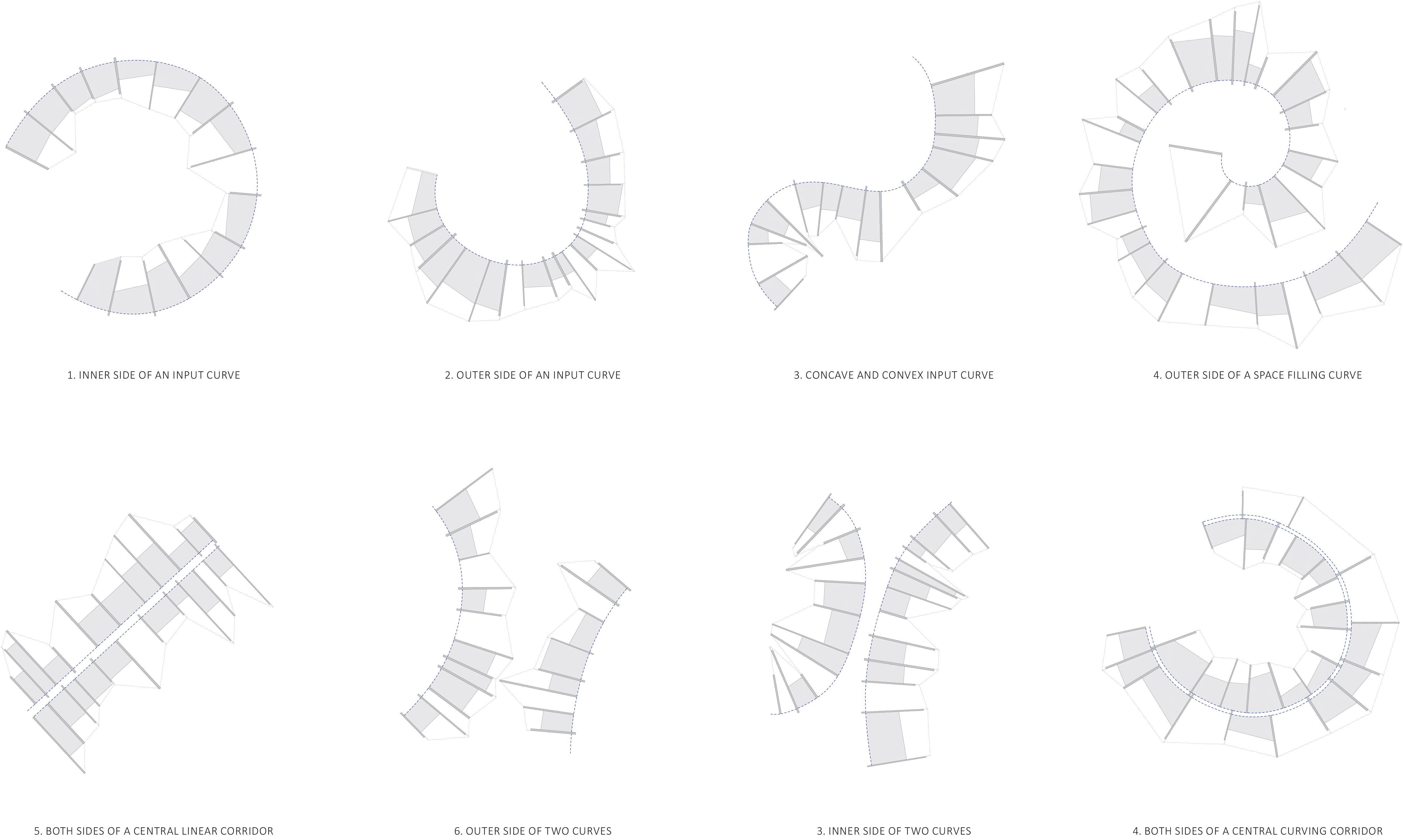 Below is an example of one of the many unique generations that can be produced on the exact same curve. If used on different input curves I could create even more unique variations. 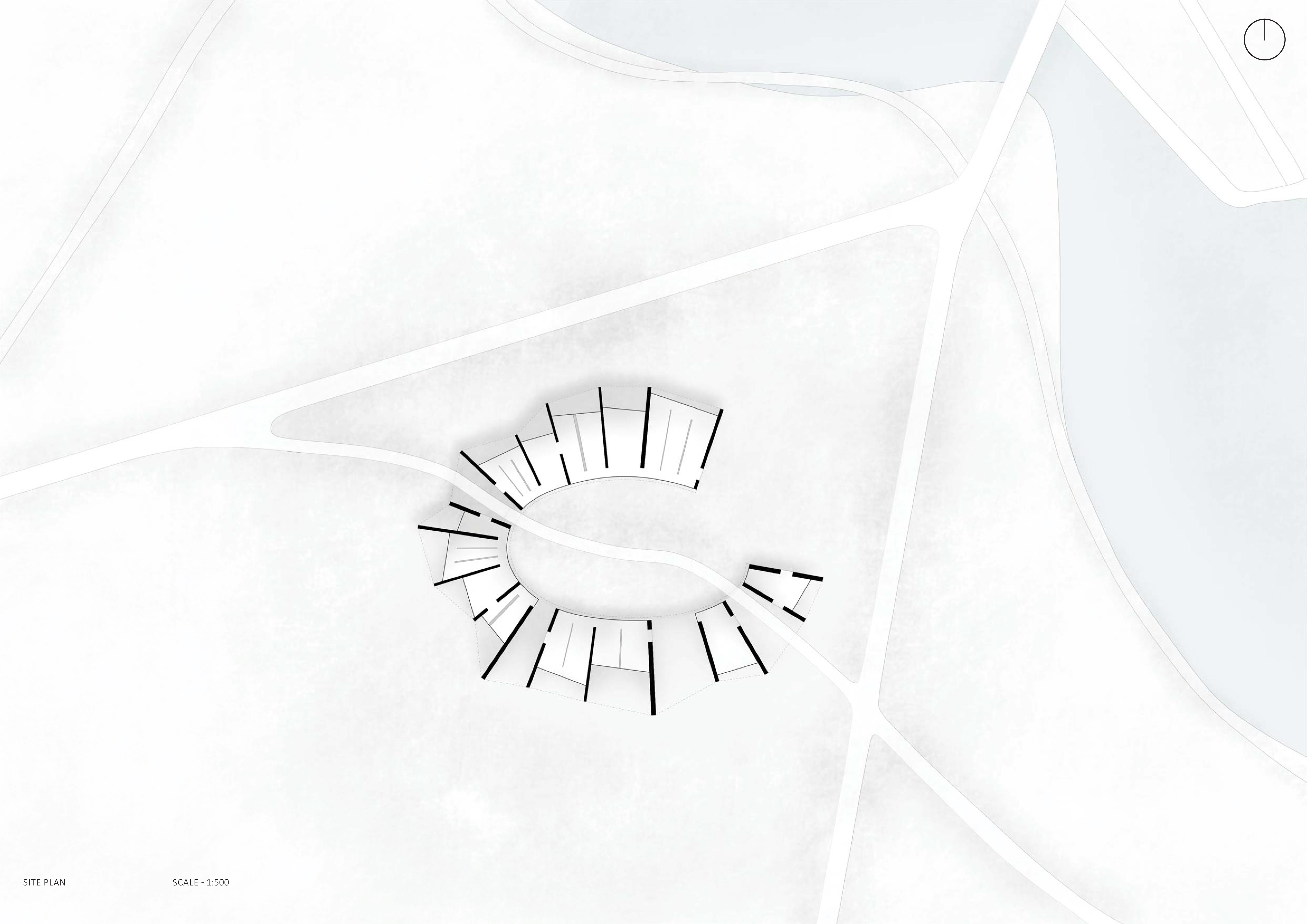 I started to look at the roof form in more detail by considering how it could vary in different ways to affect the environment and experience of the space below. I would then use this to dictate what spaces could be used for. I considered how the spacing and arrangements could be altered to let through different amounts of light, or no light if you want to project video installations. They could even be used as acoustic buffers in tall spaces. Whilst I was exploring the variations of roof form and the transparency of the walls to shut off and expose views, I still wanted the roof form to appear as one cohesive system. 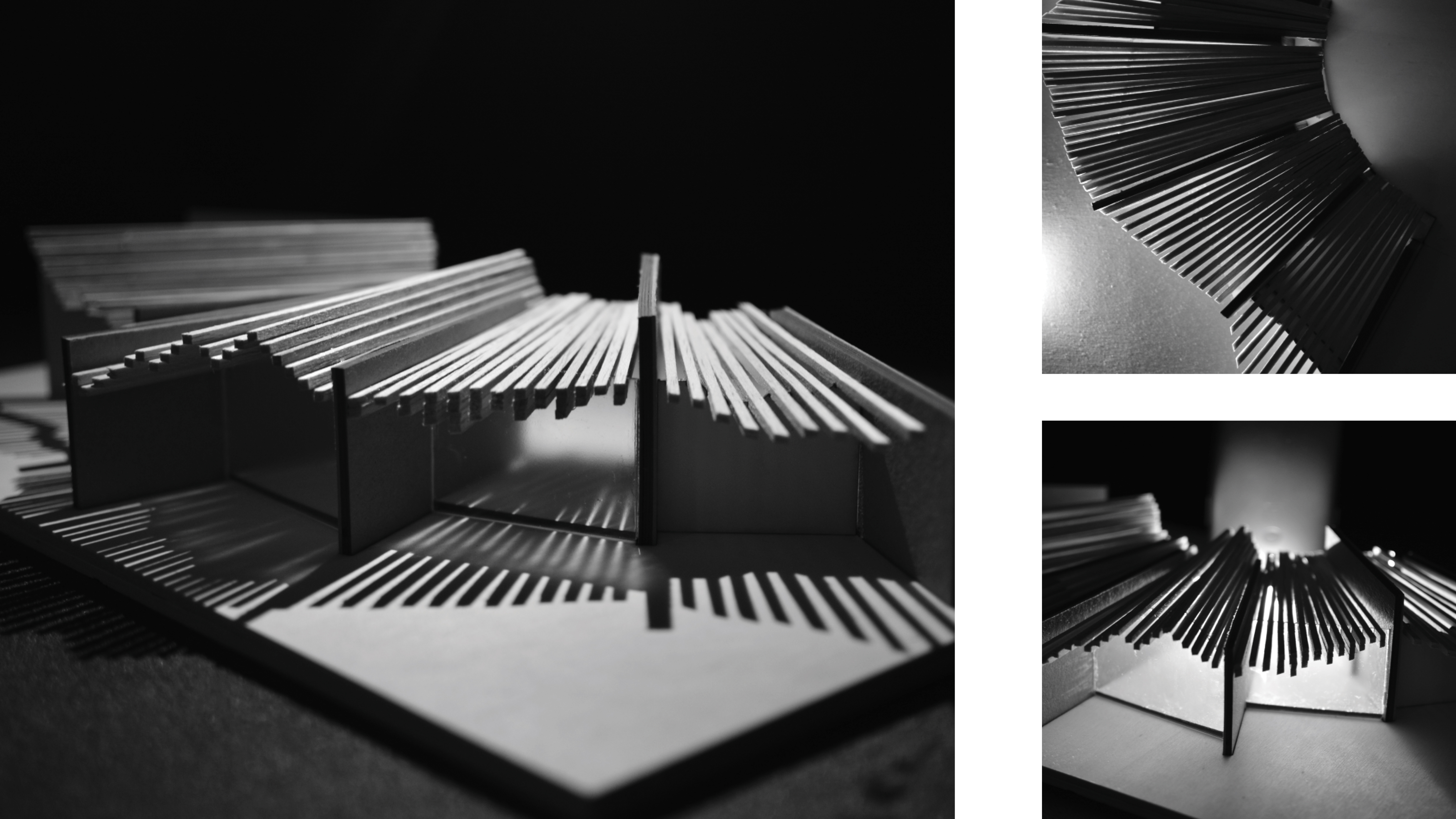 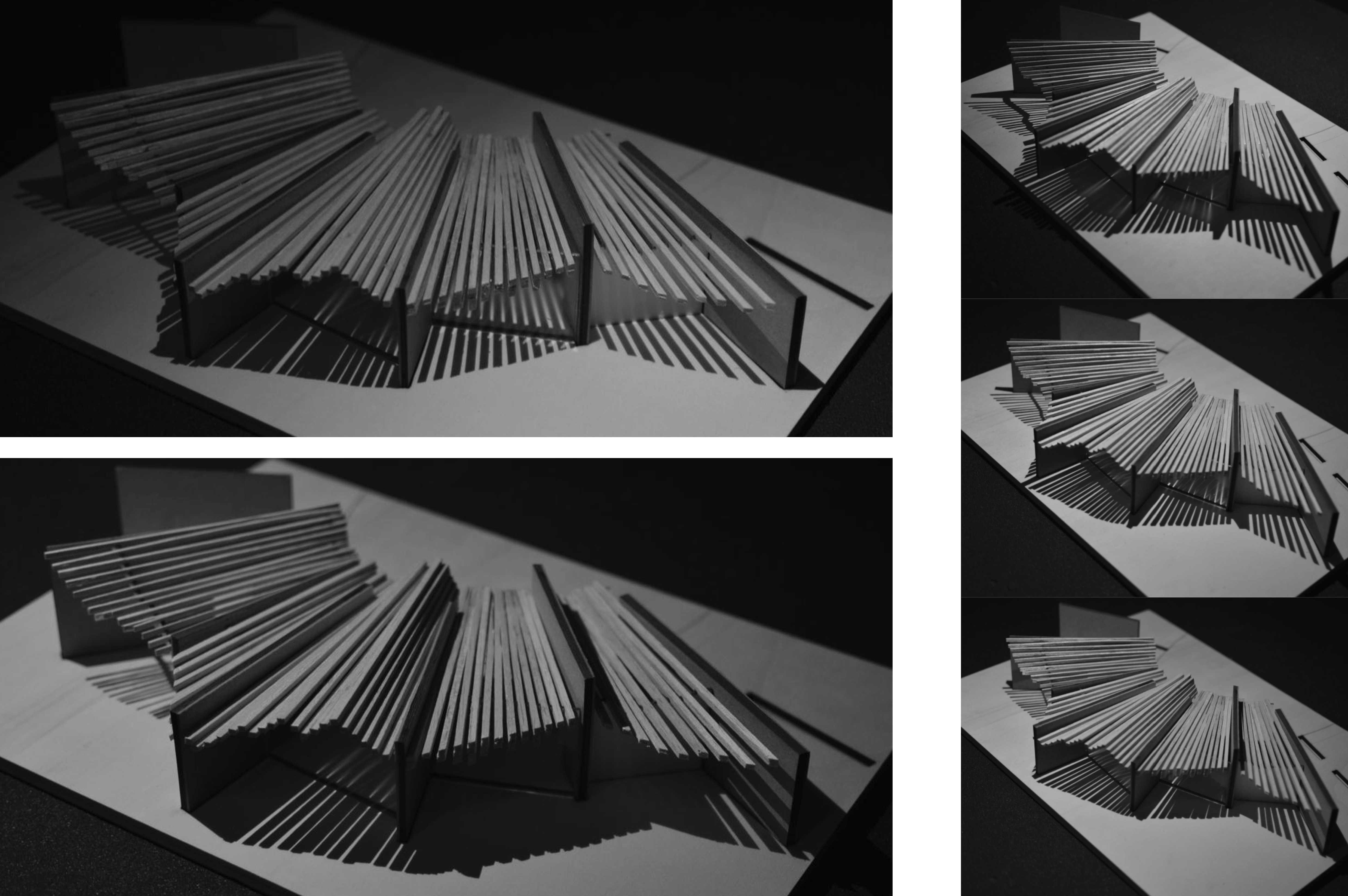