The final presentation for project_01 brought about the exploration of light and  materiality through the medium of models. Working through sketches, I began exploring the roof grid and it’s correlation to the curved plan with an experimental approach to  how their relationship is articulated in the physical form.

I worked through three card models using the laser cutter to achieve the curvatures of the dragon code, investigating the materiality of the curves, the spacing and placement of the roof.

The flow of movement through the building was a direct response to the location on site. Using the pond as a feature and arrival point, the Konsthall starts as a bench into a curved wall that sinks down into the ground and leads you back up into the waterfront. 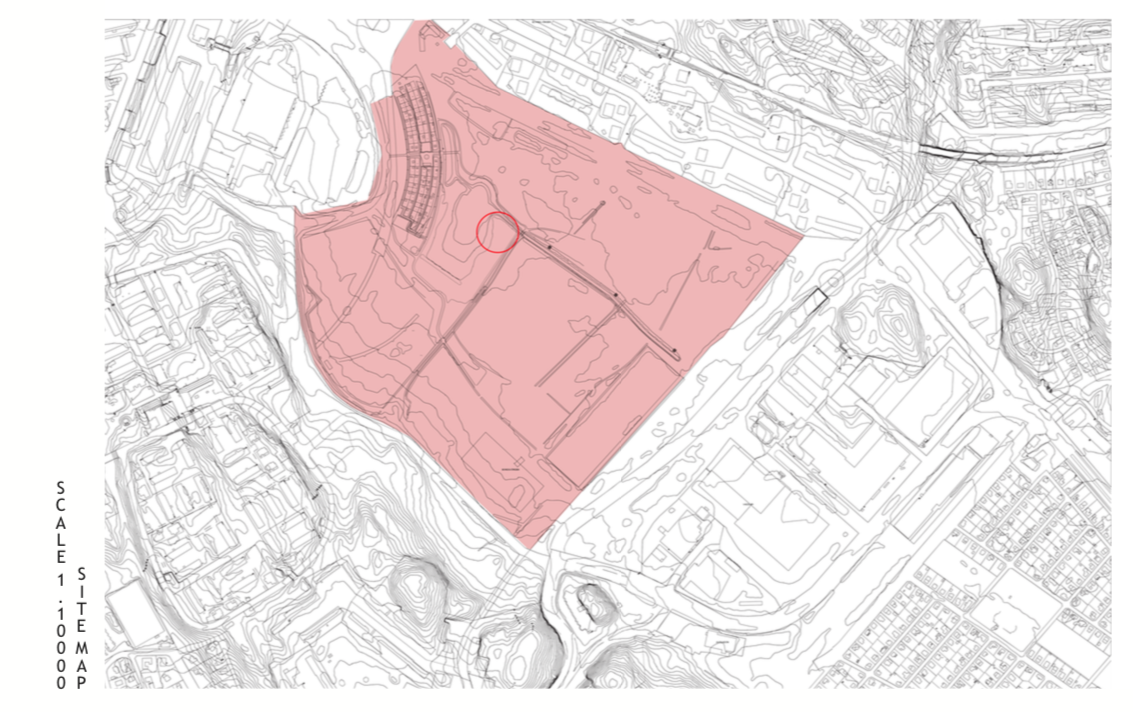 The challenge of using the curved walls as a guide without the roof structure deterring from the spatial experience was a balance difficult to navigate. The design needs to be explored at multiple locations within the curvature, based on site variations and the specific spatial qualities created at each chosen point. How the spaces are occupied, what potential it holds for exhibition purposes etc. 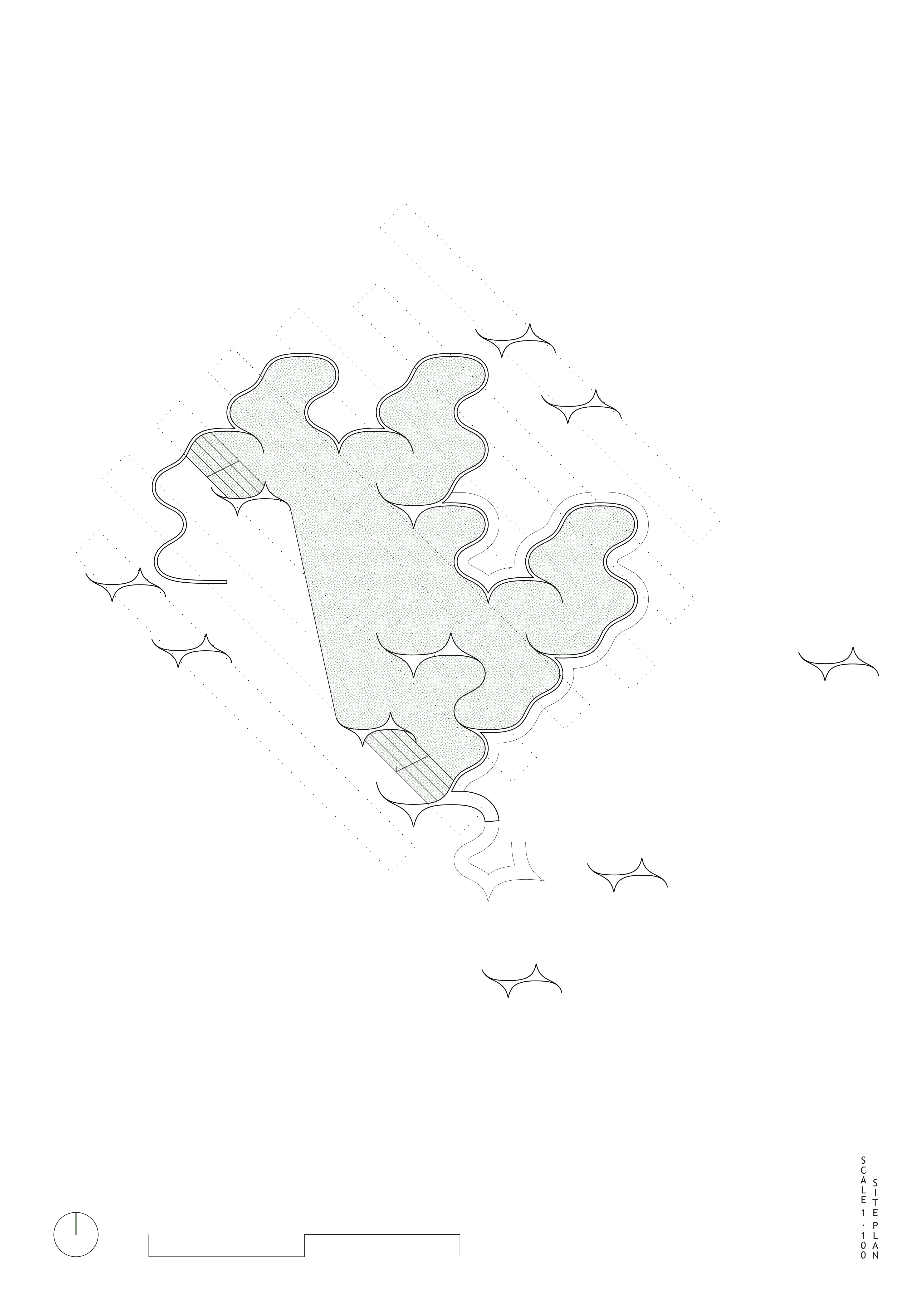 Delving further into the world of the dragon curve, I think I should start by sharing the principal behind the code.

The dragon curve is a space filling curve that never crosses itself. It is based on a principal of folding a piece of paper and repeating the folds in the same direction. When you unfold the paper with the angles at 90 degrees, the dragon curve can be formed. The folds can be repeated an infinite number of times, with the curve arcing at a 45 degree angle. Here, I will refer to each repetition as iterations.

I varied the code and set up a table to document the results, ultimately choosing three codes to further in my design for a Konsthall. 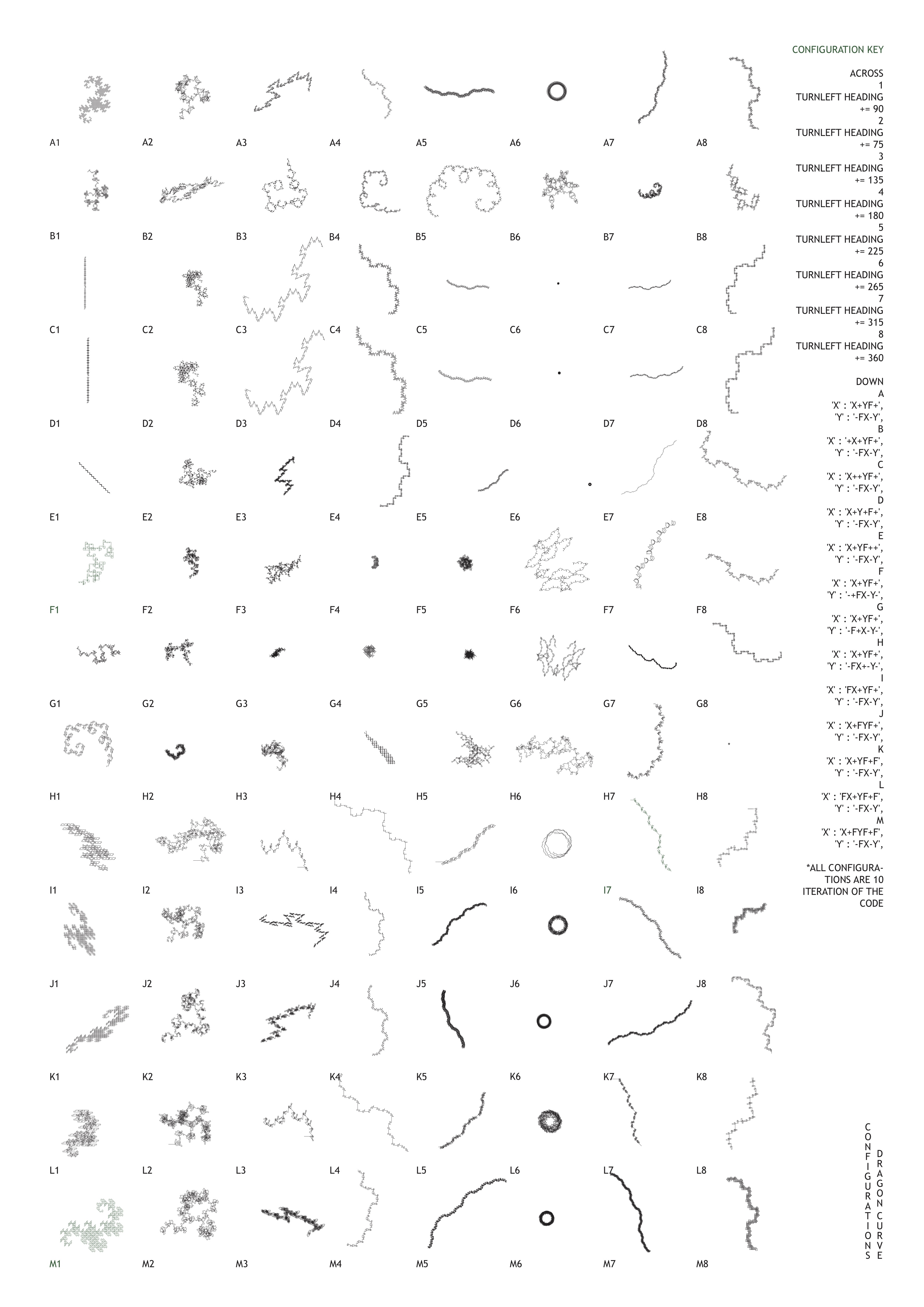 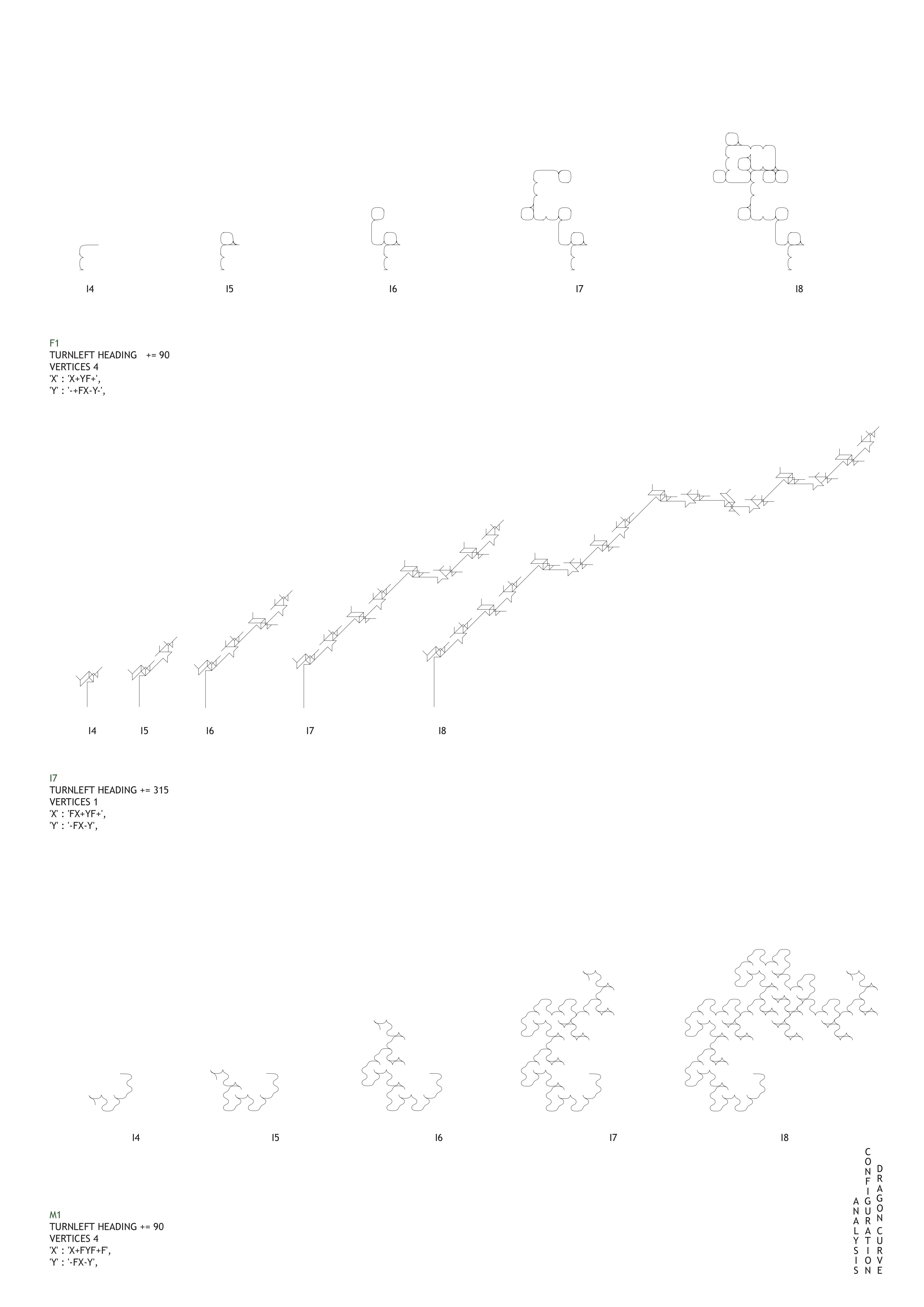 In order to progress with the design, I chose the code variation M1 to explore spatially. I used the geometries of the curve to create forms at three different scales as an exploration from street to seat; the impact on the streetscape, the scale of the pillar and it’s possibilities as seating. I wanted to allow the dragon curve to be the prominent expression in the design so I allowed all the internal spaces to flow along the curvatures created, sinking into the ground and back up as a sectional flow through the space. The roof structure is set at 45 degrees in a rigid, linear grid format to contrast and strengthen the curves in the Konsthall. The next step would be to bring the dragon curve into the built environment through models. 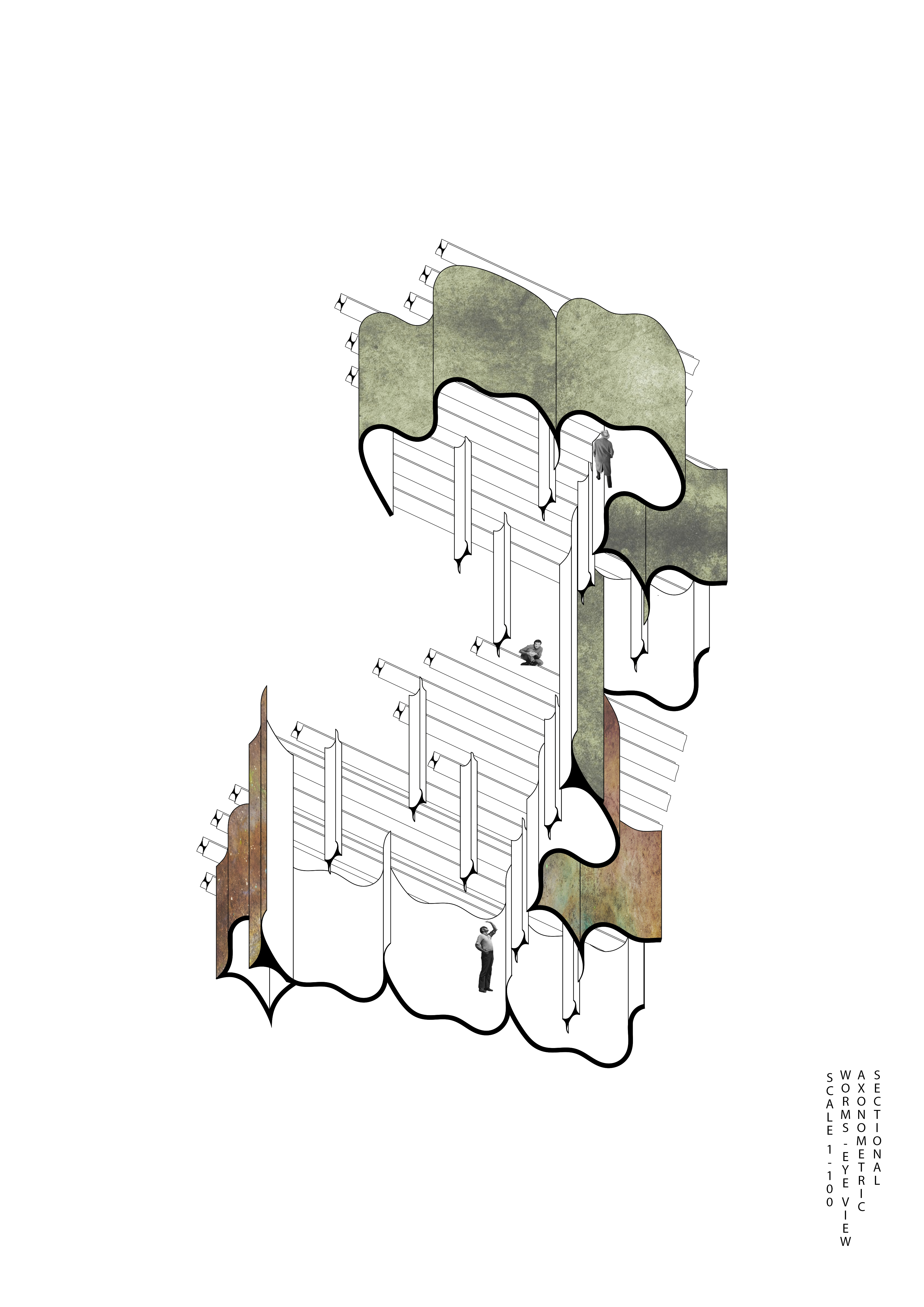 I began looking at codes that were simple in their rule but created a chain of lines and curves. I wanted to break apart an existing code and alter it’s parameters to achieve unique architectural forms. The code I decided to analyse in depth was the ‘Dragon Curve’, which upholds the simple rule: 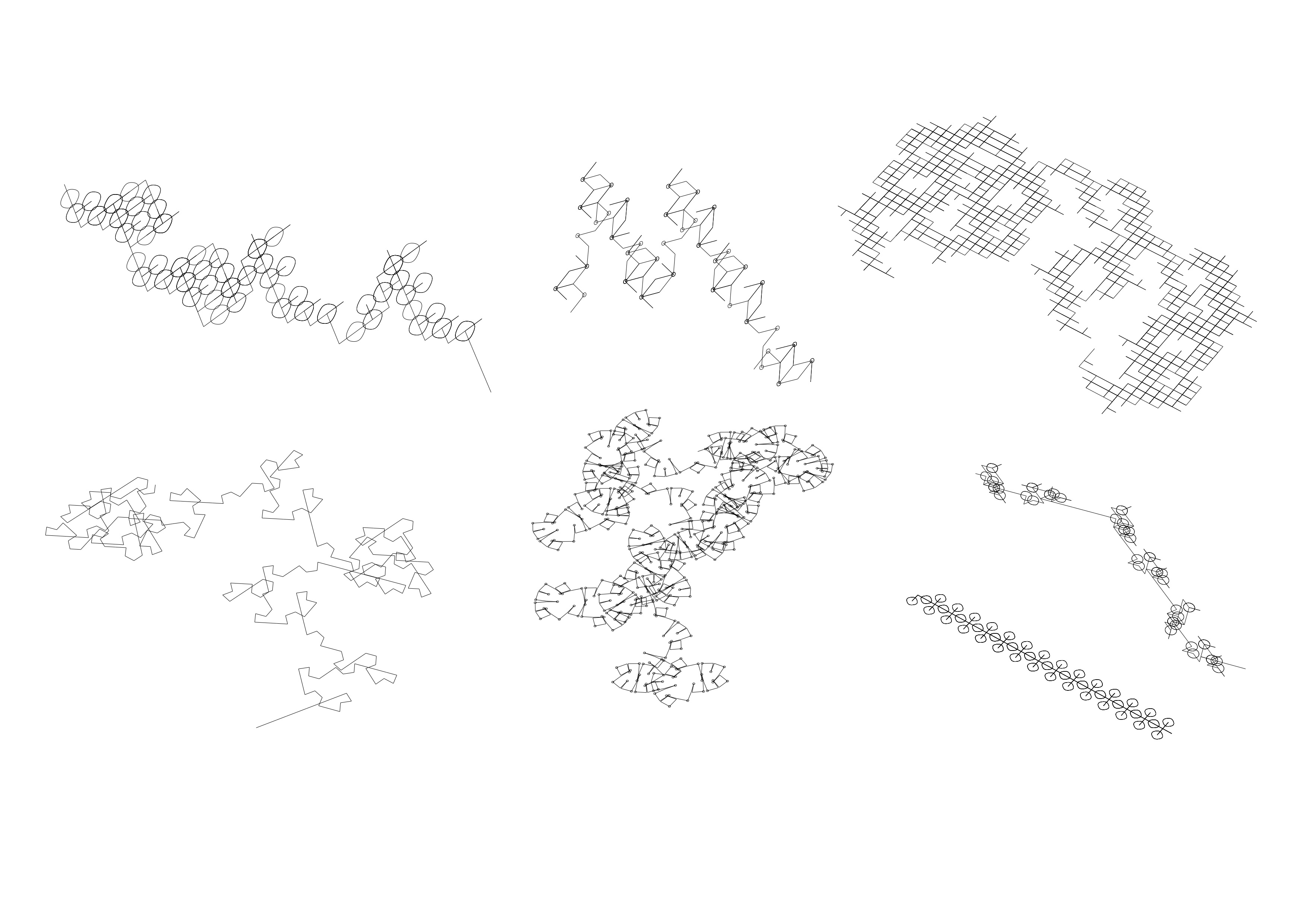 Changing the constraints F+-, and the variables XY along with the rule itself has allowed the above geometries to be generated. I am currently in the process of adding to the original code to introduce new spatial characteristics to my findings, and attempting to bring it into the 3D world.